A bug in a recent beta version of the Google app is causing text to disappear from the Google Feed for some users, both on the Android P Developer Preview and Android O. We noticed a similar issue in our teardown of version 8.3. Luckily, the issue is easily remedied in most cases.

Should you find yourself afflicted, try changing your wallpaper to a lighter one. Certain parts of Android change from white to black depending on your wallpaper, and this problem seems to primarily affect users who have a dark theme. 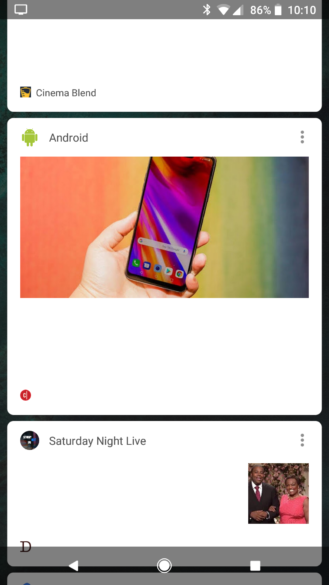 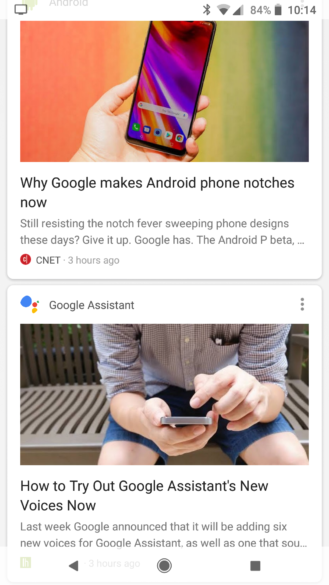 Left: The Feed with a dark wallpaper and no text. – Right: A light wallpaper with text restored.
Screens courtesy of reader Jordan.

In a coincidentally similar case, Google's new News app was also failing to show content in any of its tabs for some users, but a more recent version of the app has mostly sorted that out. If you're having trouble with Google News, you can grab the updated version from APK Mirror.

As our commenters have pointed out, version 8.3.8 of the Google app fixes the bug. Of course, APK Mirror has that version. Go grab it.

[Update: Live] Galaxy S9 and S9+ to get ARCore support in the next few weeks