Welcome a fresh update of Google Maps to the world. Version 9.78 began rolling out to the beta channel last night, and with it come a few visual tweaks and a cool new feature for custom lists that shows the places you've visited. Turning to the teardown, it looks like Google will be giving contributors a little more visibility and control over their public profiles. Drivers in São Paulo, Brazil will also be getting a useful tool for navigating through or around the rodízio. 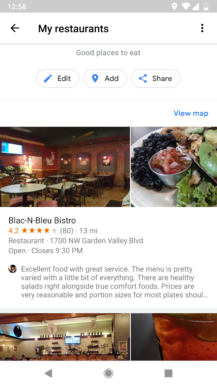 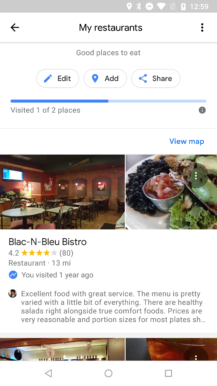 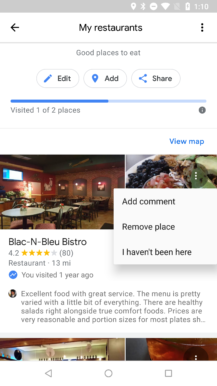 You'll now see some new information floating amidst custom lists. There's now a progress bar in the header that shows how many of the destinations on that list have been visited. Continue further down the list and there are little markers showing when you last visited each of those places.

This seems like a nice touch if you've got something of a bucket list to visit during a vacation or just after moving to a new area. It might also be useful for short-term lists, like a property manager that has to visit multiple addresses during their day.

If it turns out that you haven't actually been to the location, a new overflow menu has been added over top of the photos that includes an "I haven't been here" option to quickly fix the error. Likewise, there's an "I've been here" option on places that haven't been marked. From here, you can also remove a place from the list, which is much faster and more intuitive than opening the editing screen, or open the box to add a comment.

The overflow menu has also been added to the default lists (e.g. Favorites), but it only contains the option to remove a place from the list. 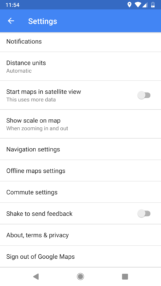 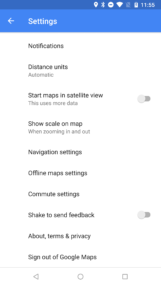 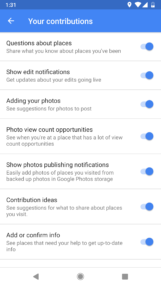 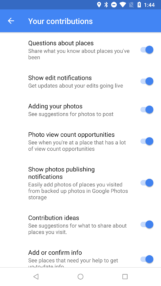 This update makes a few visual tweaks to the settings screens that may stand out to the pixel peepers out there. Divider lines have mostly been removed, though they are still around in many other screens throughout the app. There is also a big indent next to each item, which looks like the perfect amount of space for an icon, but none have been added.

A note on Material Theme changes 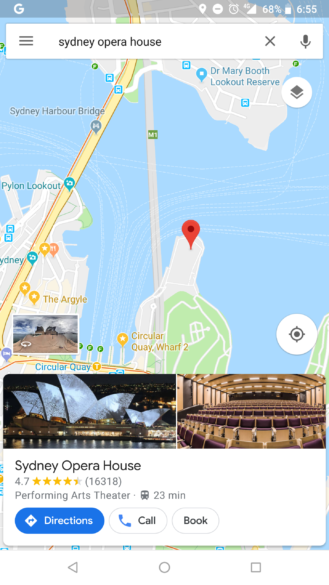 Also on the topic of visual changes, we've been seeing a steady trickle of changes over the last few months that include new variations on the Material Design style. Now dubbed Material Theme as of Google I/O 2018, we've got a name for the new look. More of those changes are creeping into Maps lately, including lots of rounded and filled buttons, cards with rounded corners, and various other twists on the older style.

Unfortunately, most of these changes are being rolled out very slowly, and many are turned on remotely rather than coming with app updates. I still haven't seen most of them on my phones, and it seems they're still fairly rare among other users, so don't feel bad if you're not seeing the new look yet. Many of us are in the same club.

The Local Guides program has been pretty successful at bringing together people from all around the world to get new information into the system and make Google Maps better. While many people are proud of their contributions, there are some that would like to keep their work a little less visible to prying eyes. It looks like Google Maps will be giving users a little more privacy control with an option to see what their public profiles look like to other people, and optionally hide their contributions on the profile itself.

Access to your profile settings will be available through the overflow menu on the contributions screen, but it doesn't appear to be live yet. The only thing you'll be able to control is whether your profile includes all of your reviews, photos, and other public posts. Disabling that setting will not hide those things from the places where they were submitted, it only prevents people from finding them by looking at the profile.

Back in March, Google Maps added a helpful feature for residents in Jakarta, Indonesia. In short, Jakarta has selected some busy areas within the city and banned vehicles from entering on alternating days based on the license plate number. In the new feature, drivers can enter their license plate and Maps can incorporate the official schedule as it calculates routes for navigation.

It looks like this tool will be expanding to São Paulo, Brazil. Lots of new text mentions avoiding "rodízio area" (not to be confused with Rodízio, the all-you-can-eat style restaurants), referring to Municipal Rodízio located at the heart of São Paulo.

I'm not sure if this has gone live for users in Brazil, but please let us know if you're in the area.

Oh, one last thing... They totally added an icon for paragliding.

I'm just gonna start looking for it right now... In person! Who wants to go with me?

HTC just announced a blockchain-powered phone because whatever

It's not just you: YouTube TV is down for many