A few years ago, a French computer science student named Florent Revest undertook a project to keep Android Wear smartwatches from dying of obsolescence. That project is called AsteroidOS, built entirely on GNU/Linux libraries and technologies, and in its current state, it's fairly basic. Even so, for all fans of open source software out there, this is pretty damn great.

This is the stable release of v1.0 and it works on a few select watches: Asus ZenWatch, Asus ZenWatch 2, Asus ZenWatch 3, LG G Watch, LG Watch Urbane, LG G Watch R, and Sony Smartwatch 3. Each has a different level of support – e.g. the Urbane's sensors aren't working at time of writing – but AsteroidOS is a mostly fully-functioning smartwatch operating system. 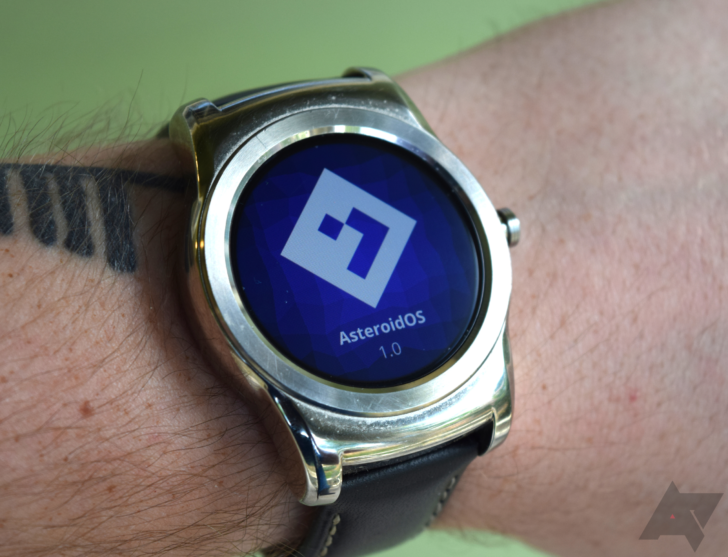 You have two options: 1. You can wipe Wear OS and install AsteroidOS instead, exactly like flashing a custom ROM on your phone, and 2. push the AsteroidOS image to your watch and then boot the custom image in fastboot, effectively allowing you to try out AsteroidOS without harming Wear OS. The developer does say that the first method provides the best experience (like installing a Linux distro versus running it from a live USB), but recommends backing up your data before taking the plunge.

I have AsteroidOS booted on my LG Watch Urbane, so I'll be testing it out over the next couple of days. Thus far, I like what I see, even though the experience is spartan. Despite that, it has what you need a smartwatch to do, even down to a decent selection of watch face styles and wallpapers. Overall, the UI and experience remind me of Android Wear pre-2.0, but in a good way. Connecting with your phone requires the AsteroidOSSync, which you can grab on F-Droid.

The developer says that there are many more features planned, but since this is based on Linux, the possibilities are quite numerous, even down to running Docker or Quake on the watch. Some of the things that Revest would like to implement are: always-on display, grouped notifications, calendar sync, and even a personal assistant down the line. I look forward to seeing what this project becomes, and I hope that a strong community continues to build around it.