By some measures, Android Auto is a huge success. Google's infotainment system is available in cars from dozens of automakers, and consumers will be using these vehicles for years. That's a lot of people incentivized to use services like Assistant and Maps, but Auto is inherently limited as a projected interface from your phone. The car integration tab in Auto remains barren in virtually all vehicles. Google's solution is to build a version of Android that runs on cars, which it calls Android Automotive. We now have a better idea what that could look like.

I/O 2018 marks the second time Google has partnered with automakers to set up elaborate demos of what Android is like when it's actually running on a car. There were several customized cars at I/O running Android Automotive, including one that shows Google's vision without OEM modifications. It even had a version of the Play Store for cars. At the same time, Android Auto seems as boring as ever.

The Play Store in your car

Google's Android Automotive demo took place in a production 2019 RAM 1500 pickup. According to the company's engineers, the only modification was the removal of the stock infotainment computer so they could replace it with one powered by Android. Internally, the system is very similar to the first-generation Pixel. On the outside, Android Automotive is starting to look a lot like Tesla's in-car software. 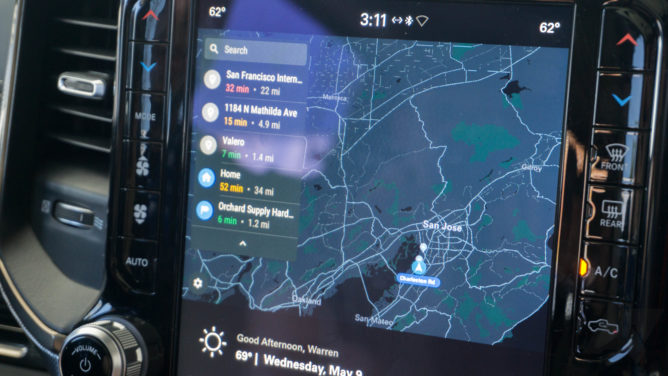 The Android Automotive home screen is split into several parts. At the top is your Google Maps interface, but it doesn't need to be Google Maps. It could be Waze instead, but the demo only worked with Maps. Across the middle is a strip with Assistant content and a microphone button to start voice input. The bottom third of the display consists of a music player (Spotify in this demo) and calendar interface, but you can change what's shown. This layout would, of course, change in a car with a smaller display. 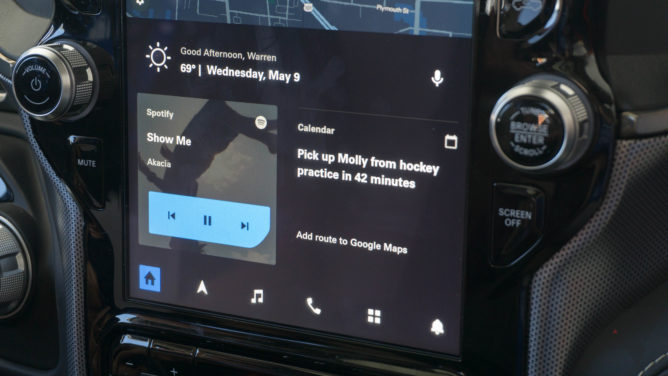 Just above the Maps panel on the home screen, Google has included support for the car's climate controls. Android understands that it's in a car and can interface with non-vital systems. The demo system could control the AC but not much else—it is just a demo after all. That's still an improvement over I/O 2017 when climate control was just a UI demo (last year's cars were sweltering).

At the very bottom of the display, you get a navigation bar with more options that you see on a standard Android Auto system. In the demo vehicle, there was home, navigation, music, phone, apps, and notifications. The nav and music pages just take the content that's on your home screen and blow up the UI, which didn't seem like the best use of space. I was, however, quite happy to see the notification hub included in Android Automotive—that's something I've wanted in Android Auto for ages. It tracks your notifications so you can listen and reply to them at a later time. You also get more status notifications in Automotive compared to Auto; for example, the app installation item below. 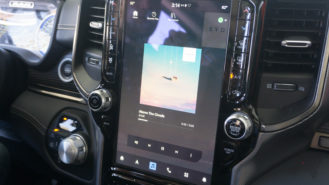 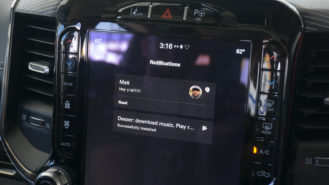 Apps in Android Automotive are not new, but the Play Store certainly is. The demo car included the ability to browse and install Android apps, which is a first. Here's what the Play Store looks like in a car. 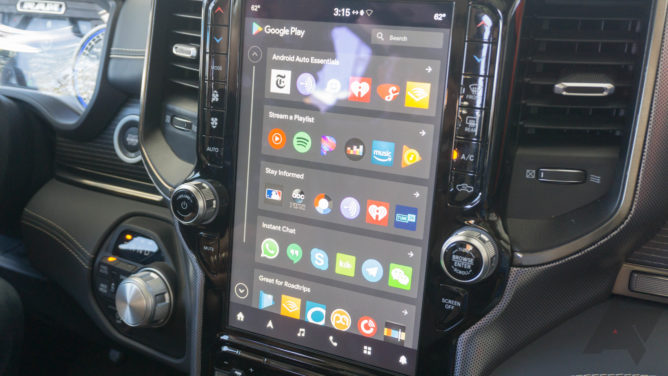 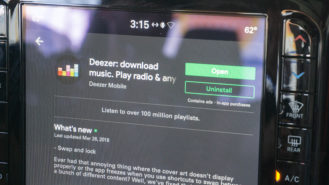 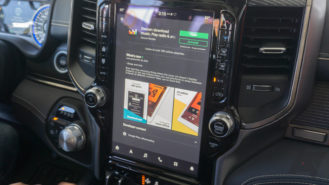 You will probably notice something familiar about the Automotive Play Store interface: all the items listed are Android Auto apps. That's all Android Automotive can run right now. Apps that use the Auto APIs install and work out of the box, so it's just media and messaging apps. The upshot is devs don't need to make new apps for Automotive—they're just running on the car rather than a phone projecting to a car display. This is fine for the demo, but a future version of the Automotive platform could add more app functionality.

What's (not) new in Auto

Google made a handful of minor Auto announcements just before I/O, mostly centered on new layouts and tools for developers. We've covered that in detail here, if you want the full rundown. The gist is that media apps will look a little different, and messaging notifications might get some new buttons. That's cool, but the "What's New" session at I/O didn't really cover anything new. It was a mix of Automotive teasers, re-announcing previous changes, and mockups of features that might never come to be.

I was kind of hyped to see the revamped navigation bar for Auto in the What's New talk, which appears around the 10:30 mark in the above video. It seemed to have custom app shortcuts in place of the standard Auto buttons. The Googler made it sound like that UI was a real thing we could see in a demo at I/O. However, I followed her advice and swung by the Auto booth immediately after the session. Not only was the new navigation UI nowhere to be found, but I was also informed it was merely a mockup of something that might exist later. The Auto team didn't even have a handle on how it would work.

Most of the changes coming to Android Auto are on the developer side, so you'll see them whenever apps are updated. Googlers referred several times to a planned update late this year that could include things like the redesigned navigation bar. There are no solid details on that, though. After seeing Android Auto chug along for the last few years, I would not expect any substantial changes. All the innovation is on the Automotive side.

What happens when your car runs Android?

My primary concern with Android Automotive—going all the way back to the first rumors—is update support. We've all had a phone that didn't get an update on time (or at all), and that can be annoying. You'll only have that phone for a few years, though. You might drive the same car for ten years or more, and automakers are not exactly known for pushing out a lot of software updates. 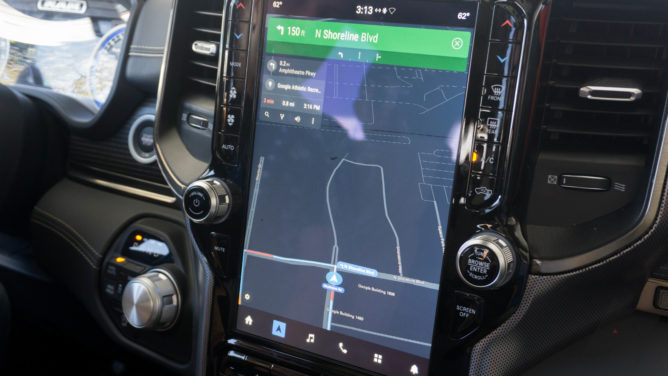 Google has a hard time keeping focus on products over time, and you don't want your car's infotainment software to break a few years down the line because Google changed some APIs. I spoke to several Googlers about this who claimed the company is working closely with carmakers to ensure Android Automotive systems are updated to newer versions of the platform (you can choose to believe that or not). Likewise, Google wants everyone to commit to security updates. Since this is full Android, there will no doubt be security threats that need patching. While infotainment systems are supposed to be firewalled from vital systems, some security researchers have identified potential flaws in these platforms that could compromise the vehicle. If Google forges ahead with Android Automotive, there needs to be some manner of update guarantee.

Google won't commit to a timeline for Android Automotive vehicles, but carmakers are slow to change. I expect we'll see another round of Automotive demos at next year's I/O with more vague promises. It'll probably be a few years until you can get a car that runs Google's Android, but it'll happen.