With Android P DP1, all of Android System and System UI's notifications became togglable. You could turn any of them completely off. DP2 is changing that again, only giving you the choice to disable a few of the notifications. So let's take a look.

For System UI notifications, DP2 adds a new Hints channel and, compared to DP1, leaves you the option to turn off two channels only: Battery and Screenshots. I assume the battery one is the notification that gets triggered when you reach the low battery threshold. The screenshot one is obvious. 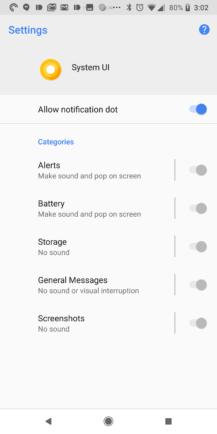 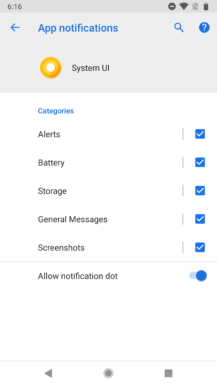 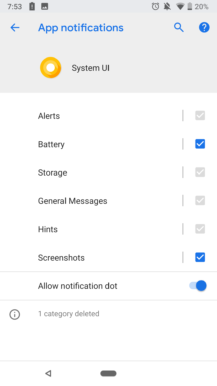 For Android System notifications, there are more differences to discuss. First, there are three new channels: App running, Do Not Disturb, and System changes. Second, Oreo 8.1 didn't let you toggle any of them off, DP1 allowed all of them to be turned off, and DP2 now only leaves you with a few channels you can switch off: Car mode, Developer messages, Network alerts, Network available, Physical keyboard, and Virtual keyboard. 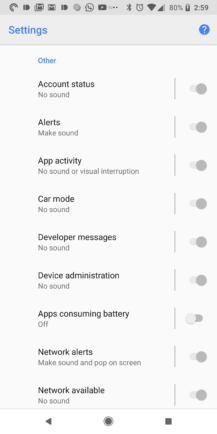 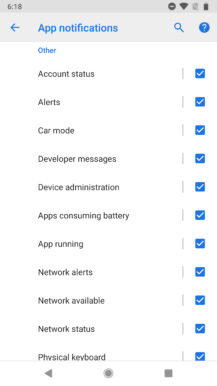 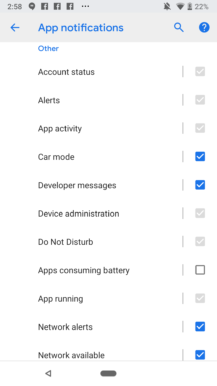 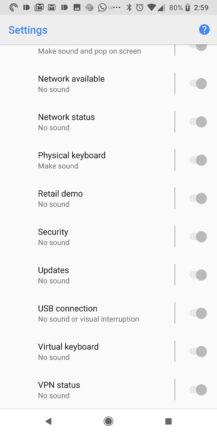 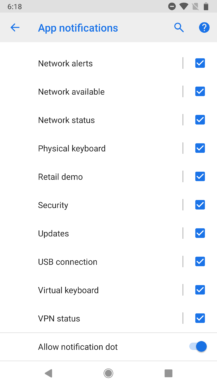 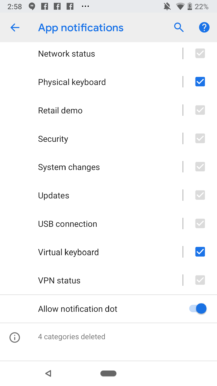 So from now on if you get an annoying notification in Android P that you previously thought you couldn't dismiss or completely block, make sure you check the System UI and Android System's channels to see if you can disable it.