Back in March, Huawei launched the Mate SE - a slightly better Honor 7X for a little more money. The Honor 7X's Oreo update arrived late last month, and now, the Mate SE's has as well for at least one reader in Canada. 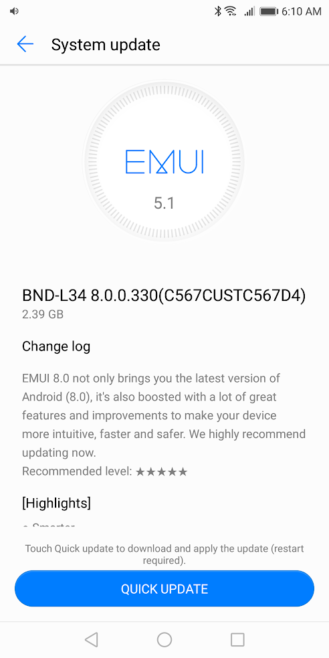 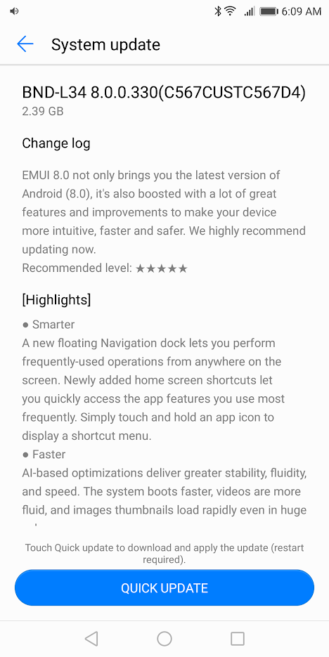 Given the fact that the Mate SE is so closely based on the Honor 7X, it's no surprise that the list of new features/enhancements is the same. That means you'll get a new floating navigation dock, an updated settings menu, a recycle bin in your gallery, "seamless LinkedIn integration" (because why not), the ability to link two Bluetooth devices up, and face unlock.

The update is pretty hefty, weighing in at just under 2.4GB. If you have a Mate SE and haven't yet received the update, be sure to head over to your settings to check for it.