Google covered a lot of ground during the I/O 2018 keynote, but the thread running through all of it was artificial intelligence. Google Photos is one of the places users encounter this technology most often, and it's getting more AI magic. The Color Pop images Google announced in the keynote are already starting to appear in the app, but it's not an on-demand feature.

The Play Store page has occasionally shown a changelog with Color Pop listed, but it's flipping back and forth. Here's what it says when the changelog is actually live.

The subject in a Color Pop image is in full color, but the background is black and white. Hence, the subject "pops." According to a Reddit user, a Color Pop image appeared in his Photos Assistant tab after updating to v3.20. That version is still rolling out, so you'll need to grab it from APK Mirror. You can see the image they got from Photos below. 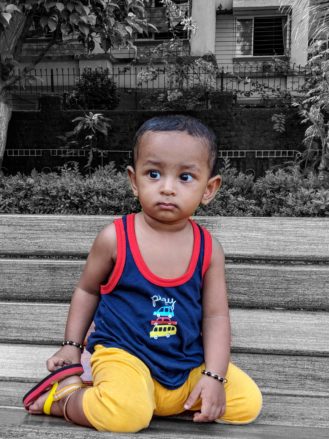 You cannot use Color Pop on just any old image. The subject needs to be easily identifiable in order for Google's servers to make the proper edits. When Google Photos detects a compatible image, it'll appear as a suggested edit in the Assistant tab—I don't have any after updating. For now, you cannot manually apply a Color Pop edit. Maybe that will change later.

[Update: Rolling out again] T-Mobile halted the Note 8 Oreo update 3 weeks ago, and it's still ...