Developing a new smartphone is a huge investment, which is part of why we see so many phones that are so much alike — if something's working well for one manufacturer and shoppers are responding positively, everybody else is going to want to do the same thing (this is why you're seeing notches everywhere). But occasionally we get a phone that's not afraid to play by its own rules, and that's very much what we saw last year with the BlackBerry KEYone. Not everyone loved it — we certainly had a few issues with how it turned out — but there was no denying it was a phone with its own style. Now we're anxiously looking forward to its successor, as invites go out for the BlackBerry KEY2 launch.

Earlier today BlackBerry Mobile tweeted the invite below, confirming that the “rebirth” of the KEYone is less than a month away, with the KEY2 launch event scheduled for June 7 in New York. 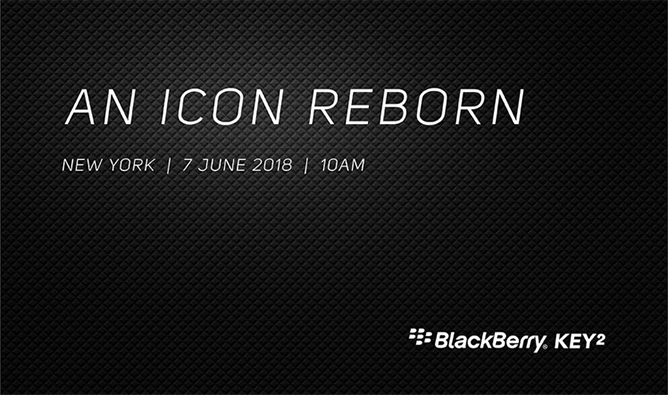 That branding is interesting, as we might have assumed this phone would land as the KEYtwo. While it remains to be seen if KEY2 is going to be the formal name or just something used in promotions, doing things this way would certainly make it easier to remember whether it's the “key” part that gets capitalized or the number bit (or does no one else have that problem?).

Rumors have suggested that this year's model could be a solid improvement over the KEYone, keeping things like the same unusual screen size and resolution, while upgrading to a Snapdragon 660 chip, boosting RAM to 6GB, and switching to a dual-camera configuration. If it manages to do all that while maintaining its exceptional battery life and (fingers crossed) fixing some of its audio and performance issues, so much the better. SwitchBot review: Simple automation for any switch or button in your home