Two-factor authentication is a great way to make your accounts more secure, but using SMS messages for the codes is a bit of a hassle: request code, switch apps, copy code, switch apps, paste code (or read and remember the code, but what is this, the 1840s?). Android Messages has a new trick that makes the process a little easier: it now parses 2FA codes from texts and presents the option to copy them with a single tap.

The change looks to have gone live in Android Messages version 3.2.038. It's been reported that the new shortcut is part of Android P Developer Preview 2, but that doesn't seem to be the case—my Pixel 2 running the beta software didn't have the ability until I updated Android Messages, and comments on a Reddit post suggest devices running Android 8.1 are also prompting users to copy codes. 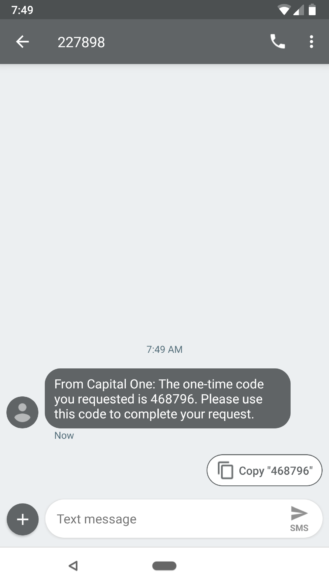 Prompts appear in notifications and in text threads.

If you want a piece of that code-copying action, you can head over to APK Mirror to grab the latest version right now—as of this writing, the latest update available to me through the Play Store is version 3.0 from March.

14 temporarily free and 46 on-sale apps and games to end the week, including Baldur's Gate and ...

15 classic games that need a proper Android port or remake