For the unfamiliar, Timeline is a cross-device (and now, cross-platform) system made by Microsoft to allow you to move easily between devices, in the vein of Apple's OSX/iOS Continuity. So long as a given app or service supports it, you can pick up whatever it is you were looking at or doing when you swap between supported devices. 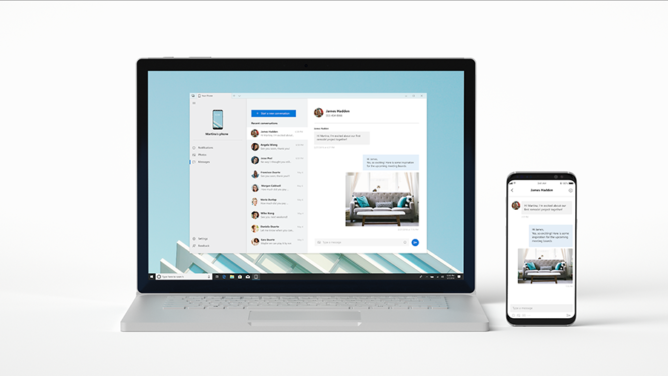 Other new features announced for the launcher include "line-of-business app discovery and IT advisement on configuration." In concert with this will be a new way to connect your phone to your Windows-powered PC, providing instant access to messaging, photos, and notifications, which will roll out soon to those in the Windows Insider Program. Based on some blurry screenshots, it might be called "Your Phone."

The news was revealed in a press release today with surprisingly few details. Although the app on the Play Store was recently updated, the changelog doesn't seem to reflect the addition of Timeline support. Given Microsoft's Build 2018 event is still ongoing, we may hear more about both the Launcher changes and the new Your Phone app in the coming days.

In case you didn't quite know what to expect from the new Timeline or Your Phone features, here are a couple of videos that show off what each will look and behave like, as demonstrated at Microsoft's build event.

As the largest productivity platform in the world, it's a vital part of the intelligent edge — enabling developers to reach Microsoft customers in a multisense, multidevice way.

At Microsoft Build, Microsoft announced new opportunities that help developers create smarter ways for people to work, including new tools that give them the flexibility to design experiences in the languages and frameworks of their choice. Microsoft 365, combined with insights from the Microsoft Graph, empowers developers to build intelligent applications. New tools include the following:

Microsoft introduced a set of technology experiences that addresses a more mobile workforce, including streamlining mobile Windows experiences across a variety of devices and platforms, as well as better blending web and app experiences. These new experiences include:

Microsoft 365 is a comprehensive development platform — with pen, ink, mobile, devices, cloud and developer tools — all with infused intelligence, bringing simplicity to customers and streamlining development.

Microsoft (Nasdaq "MSFT" @microsoft) enables digital transformation for the era of an intelligent cloud and an intelligent edge. Its mission is to empower every person and every organization on the planet to achieve more.

Actions on Google get integration with custom routines, customizable visuals, support for ...