Google's Home/Assistant have been able to pull media from your Netflix subscription for a while now, but playback for first-party Play Movies content has been unavailable. Based on recent reports, that may be set to change. For some, media in Play Movies can now be triggered for playback on a Chromecast by asking a Google Home.

We were tipped off to the new behavior by Trent Archer, who was able to record the video above demonstrating the new feature. Both Rita and I have tried to reproduce it ourselves, but so far without any luck. Presumably, it hasn't hit everyone yet. The confirmation for the feature was tested in the UK, while Rita and my failed tests occurred in the US and Lebanon, respectively. 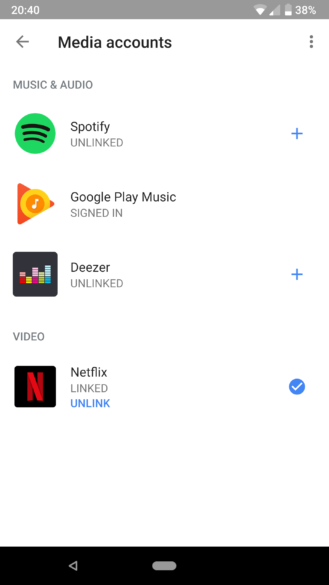 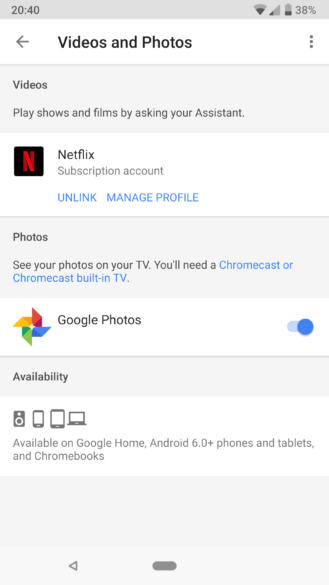 Archer's linked media and photos sources in the Home app.

Interestingly, Archer reports that Play Movies doesn't appear in the associated media accounts inside the Home app, as would otherwise have been expected. Given that it's documented as working for some, it will probably appear there alongside Play Music and Netflix someday—assuming the feature rolls out to a broader audience.

Looks like this feature is live now. No setup needed.

Galaxy S8 Lite appears in leak, may be announced May 21