Android P's Developer Preview 1 introduced one feature that we'd all wanted for a long time: screenshot editing. It started when you took a screenshot by offering an Edit button, then by picking the new Markup app, it let you edit the image easily: crop it, annotate it, highlight parts of it, then save it to share. With P DP2, the functionality is improving on all fronts.

First, the screenshot editor only worked on the Pixel 2 and Pixel 2 XL in DP1. In DP2, that changes and the editor is accessible and functional on the OG Pixel and Pixel XL as well. (Thanks, @GeorgeBurduli!)

Second, the screenshot notification in DP1 dumped the Delete button that was there in Oreo and below, and replaced it with the Edit button. DP2 brings back Delete for a total of three possible actions on a screenshot: Share, Edit, and Delete. I love this change as I take dozens of screenshots for Android Police every day, and sometimes things go wrong and I need to disregard a screenshot immediately after taking it. A quick delete action helps with that. 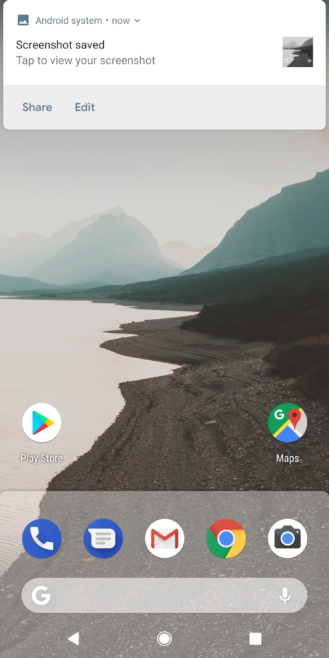 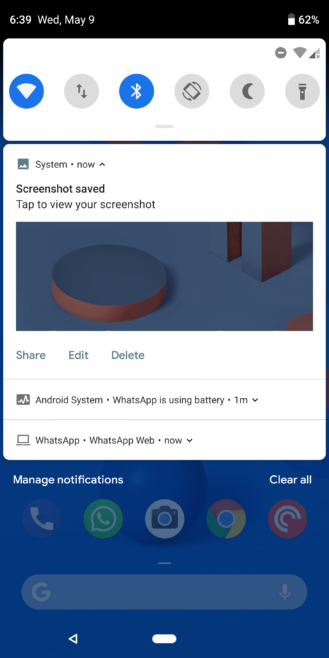 Screenshot notification in DP1 (left, 2 actions) vs DP2 (right, 3 actions, Delete is back!)

And finally, the interface to edit the screenshots has been improved in DP2 as well. The screenshot is smaller, but that gives place to a title bar where you have both a Save and a Share button (previously you had to save then share, now you can directly share). Also notice how the bottom of the screenshot is no longer hidden by the actions, so you can easily crop and see everything more clearly. 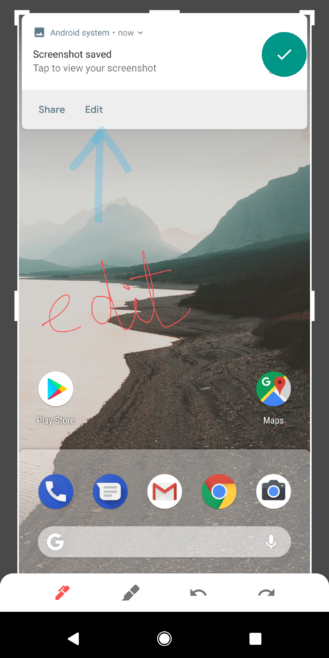 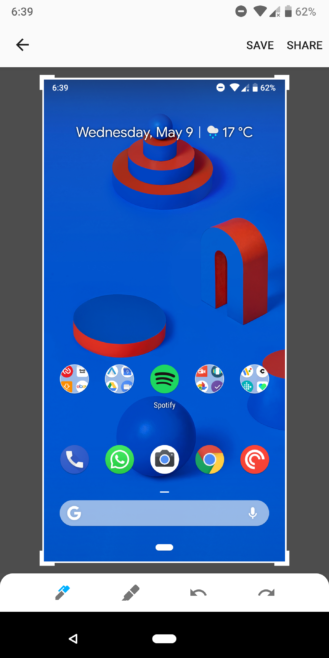 These all look like tiny changes, but on the whole, they make the screenshot taking and editing experience a whole lot smoother. That's why we have developer previews, after all, so that the functionality is improved before it's released to the wide public. (Ideally, hah.)