Google has cycled through various versions of Do Not Disturb functionality going all the way back to Lollipop. It was pretty complicated back then, but DND in Oreo is straightforward—DND keeps your phone from making noise. DND in the second Android P developer preview changes Do Not Disturb mode substantially. It blocks both audio and visual distractions by hiding most notifications on your device.

By default, DND in the new Android P clears your notification shade of content that isn't related to basic phone functionality. So, all your Gmail notifications or SMS pings won't show up in Android P if you have DND activated. The notification shade has a line of text that tells you notifications are being hidden, but you can't see the source or number. They're not displayed in the status bar, either. Some notifications that do appear regardless of DND include missed calls, voicemails, and system alerts (below, far left). 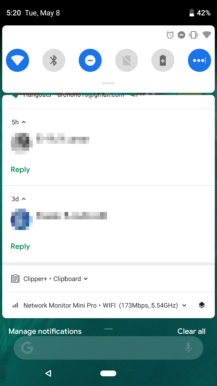 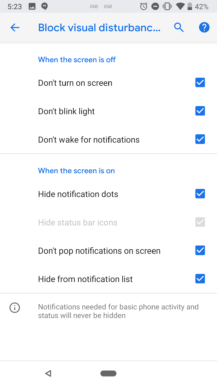 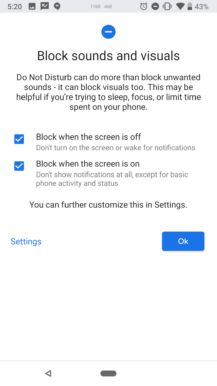 I find this rather counterintuitive—even if I don't want to be disturbed by my phone, I still want to be able to see the notifications. There's a first-run experience for the new DND that appears on some test devices but not others. That suggests you'll be made aware of these changes when P rolls out so you can change how it works. Luckily, the DND settings now include a rather extensive list of toggles for visual disturbances (see above). You can change the behavior back to the pre-P by unchecking a few boxes. These settings could change by the time the final version rolls out.

Google I/O 2018 keynote supercut: All the biggest news in one 10-minute morsel