It appears that Twitter is working on a 'Secret conversation' feature that would allow users to send encrypted messages to each other. This would bring Twitter in line with other messaging apps such as WhatsApp and Telegram that already offer message encryption, and in the current privacy climate, it would surely be a popular move.

The unreleased secret conversation option was discovered by Jane Manchun Wong, who posted screenshots on Twitter soon after. It looks much like a regular direct message conversation, aside from a black bar across the top of the chat noting that it's a 'Secret conversation.' Encryption keys can also be used, according to the below screenshot. 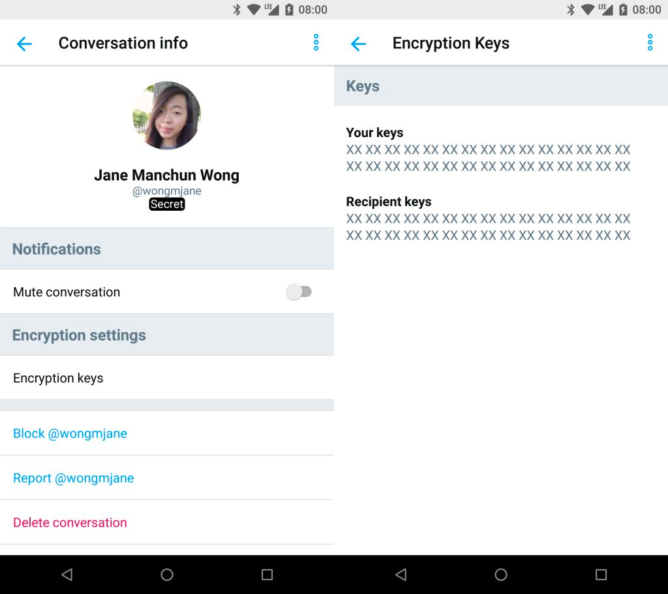 TechCrunch reached out for official comment, but a Twitter spokesperson declined to comment. The feature was even requested by famed whistleblower Edward Snowden in a tweet to Twitter CEO Jack Dorsey back in 2016, although we don't know if that is the true inspiration behind it existing now. There's no telling when secret conversations will be released as a feature, if at all. Right now it's just something that's being tested, so we'll have to wait and see.