One of the first announcements to come out of Google I/O today is an accessibility feature for Gboard. During the keynote, a woman named Tania explained how she built a device (with her husband's help) to translate blinks in morse code into text on a phone/computer.

She wanted to help others access this technology to improve communication, and helped Google integrate the feature into Gboard. 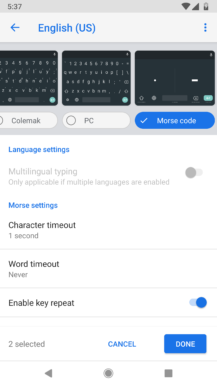 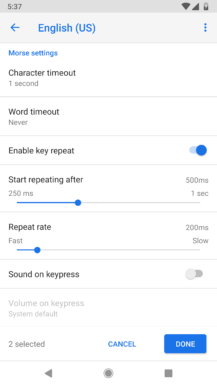 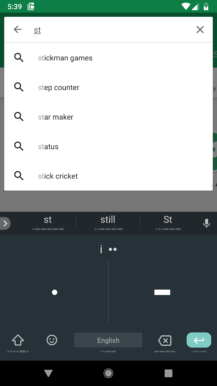 There are already third-party keyboards that can use this, but it's very likely Google's solution will be more polished and functional. Morse code typing is coming to the Gboard beta later today.