The first evidence of Linux application support on Chrome OS appeared in February, with a Terminal app showing up on Chrome OS Dev soon after. Google has also been working on its own GTK theme, and just a few days ago, Linux app support began rolling out on the Dev channel.

As many anticipated, Google has officially announced Linux app support at its developer keynote today. Android Studio was one of the highlighted applications, alongside GitHub's Atom text editor. Despite this being a major advancement for Chrome OS, Google barely spent any time discussing it. 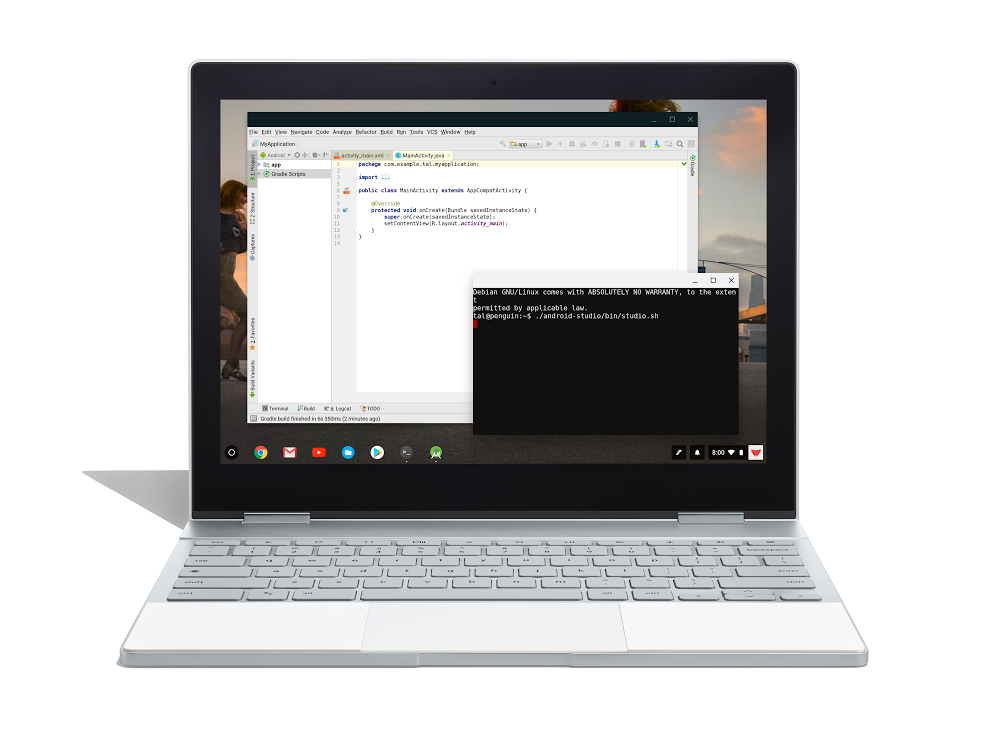 At the moment, Linux apps are only supported on the Pixelbook running the Chrome OS Dev channel. It's almost guaranteed that the feature will arrive on other models, given recent Chromium commits. It's even being worked on for ARM-based Chromebooks, like the Samsung Chromebook Plus.

Slices in Android to offer interactive quick dips into apps