Google News has always seemingly been a side project at Google. The Android app arrived on the Play Store in 2014, and has received occasional minor updates since. During today's Google I/O keynote, a brand new version of the app was announced, seemingly dropping the weather functionality and merging with Google Play Newsstand. 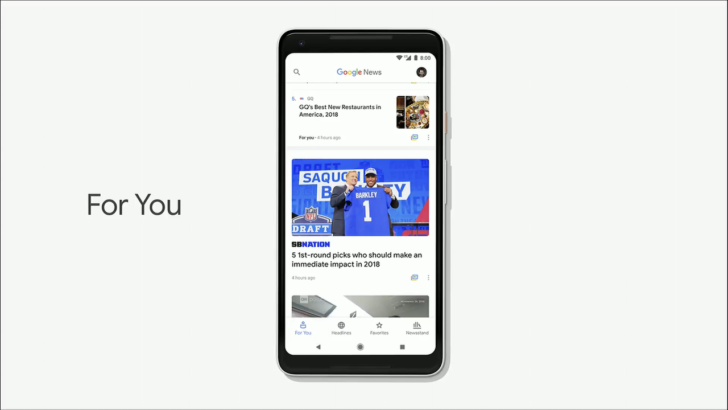 The new app starts at the 'For You' screen, which is similar to the Google app feed and Chrome New Tab page. It contains news articles picked out for you, with a briefing showing the top five stories. Local news has its own section on this page. There's also a 'Headlines' tab, with important news from around the world. Finally, the 'Newstand' tab brings in content currently available through Google Play Newstand. 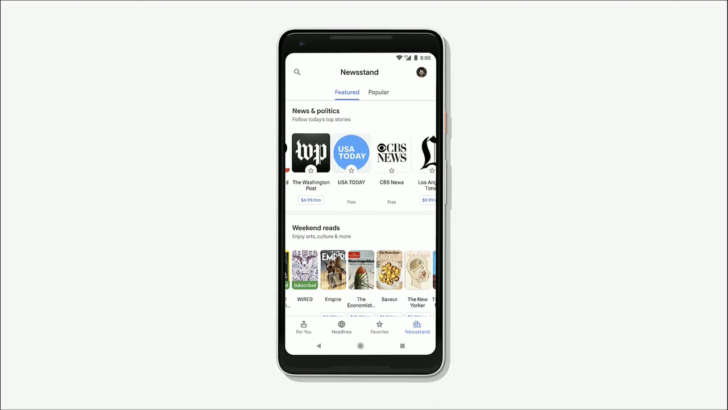 One of the highlighted features is 'Newscasts,' which shows key elements from the story (including embedded videos and tweets) on the main page, in a format similar to Twitter Moments. The app also makes it easy to see past articles about a certain event or topic. This is part of the 'Full Coverage,' where you can check different perspectives about a story, see a timeline of events, read opinion posts, and catch up on all the coverage from various sources. 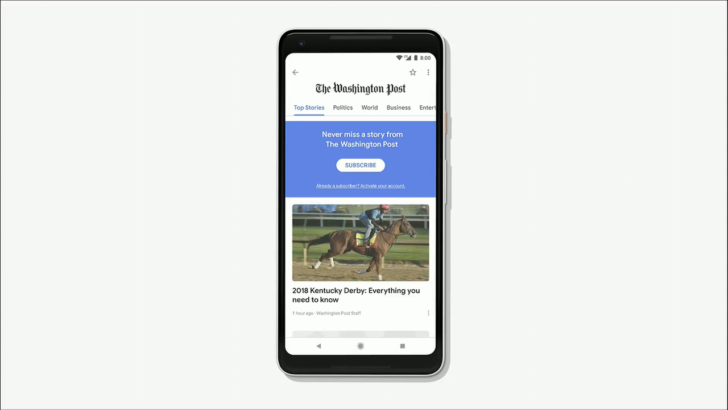 Finally, Google is making it easy to subscribe to online publications using the aptly-named 'Subscribe with Google.' Once a publisher adds support for it, you'll be able to login using your Google account to view paid content, and payments will be done through cards/accounts from Google Pay.

The new app will start rolling out on Android, iOS, and the web starting today. Although it was not explicitly stated, it looks like the separate Play Newstands app will be discontinued.

The Google News APK is now available on APKMirror. It's an update for Google Newsstand, not the existing Google News & Weather app (which has already been pulled from the Play Store).

Adaptive Brightness in Android P will be powered by machine learning