At I/O today, Google announced that Assistant on Google Home will soon be able to hold a conversation and respond to multiple requests without a user having to repeat "Okay Google" each time. The feature is similar to 'Follow-up mode' on Alexa, which became available a couple of months ago. 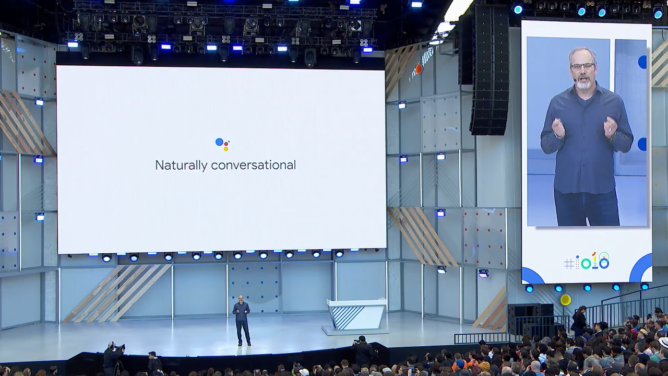 Assistant had already been updated last year to support multiple commands, so users can issue requests like "Hey Google, turn on the TV and give me the weather forecast," instead of having to issue them separately. Conversational mode is a step beyond that, allowing for a much more fluid back-and-forth chat between a user and Assistant. Google says that Assistant will be able to understand when you're taking to it or to someone else, and will respond accordingly.

Support for continued conversation will be coming to Google Assistant over the coming weeks, and the updated multiple actions is rolling out today.

Google Assistant's 'Pretty Please' will encourage kids to be polite