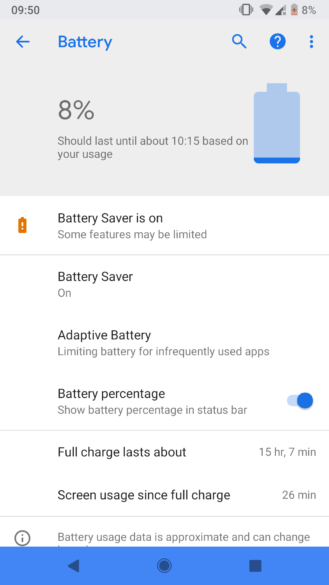 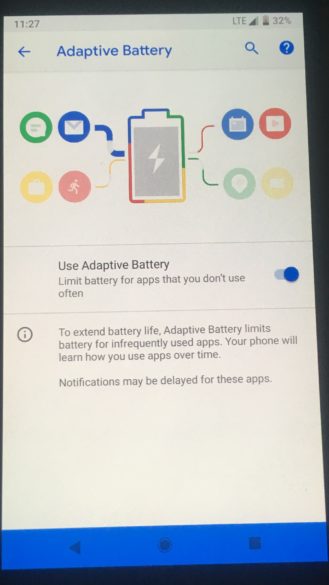 The new feature is in partnership with DeepMind, Alphabet's AI-centric arm, and it promises to stretch out how long your battery lasts on a given charge through the alchemy of machine learning.

We're installing DP2 as we speak, in case there's any more information about the new Adaptive Battery setting to reveal. The new option could apply some sort of throttle when specific apps are running, or it may even just force Doze into a more aggressive setting on a per-app basis, preventing them from being waked as often (and resulting in the notification delay warning the option presents). But without additional information, we can't be sure.