The program doesn't carry over from previous betas, so if you opted in for the O beta, you'll need to do it again for Android P. The P Developer Preview downloads page also warns that devices which were manually flashed to the DP1 release may not receive the OTA to DP2 as part of the beta program, so it's possible that you may have to manually migrate to DP2. 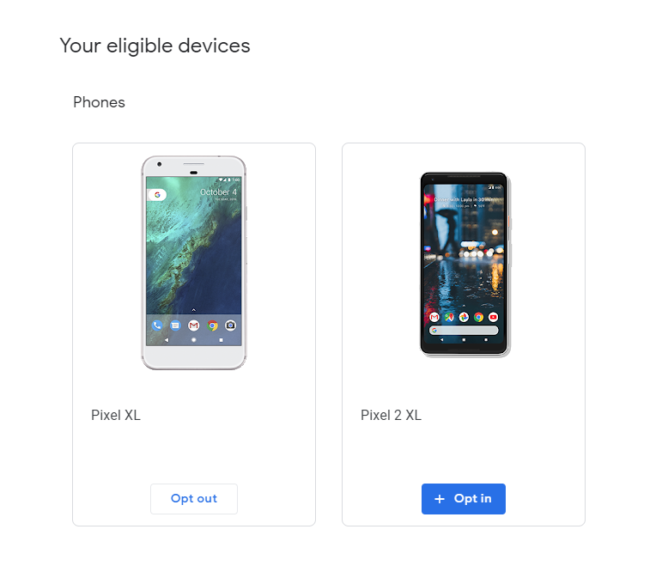 As we previously expected, Nexus devices have been dropped from the Beta Program lists. We enrolled our own devices just as soon as the page went live, but so far updates (to what we assume to be DP2) haven't been pushed out. Full image downloads for DP2 are also not available just yet, but we'll be sure to update this story when either lands. 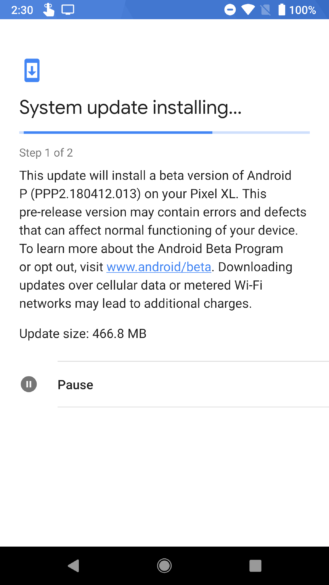 We're seeing the OTA landing on the Pixel devices we've registered. If you don't see it on your device and you've already opted it in for the beta, try tapping the check for updates button in settings.