Google I/O is in full swing, and that means app updates are going to be rolling out in force. I'm sitting here in the press box before the keynote, but that won't stop the teardowns from happening. An update to the Android Messages app landed yesterday, bringing with it newly added capabilities to show link previews. Coming in from the teardown, we've got signs of a new dark mode and some helpful controls for the upcoming Messages for Web feature. 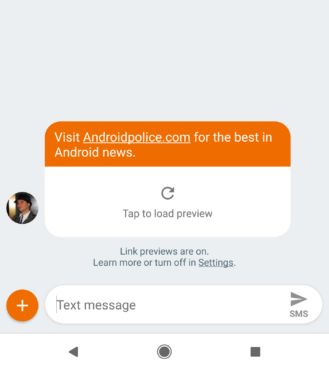 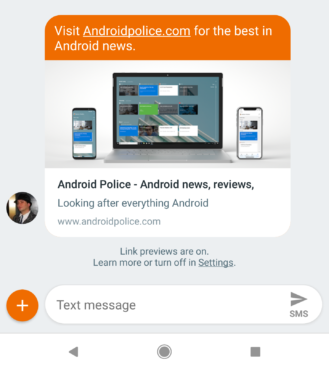 One of the most useful features of many modern chat apps is automatic link previews. Paste in a url and hit send, and you'll see the latest version fills in a preview of the linked page. If the person on the other end of the conversation is also running Android Messages, they'll see the message, but it will also contain a prompt to load the preview. Tapping it will automatically open the preview.

If you're not a fan of previews, there's an option in the Settings screen that can be flipped to turn turn them off, or limiting them to appearing only while connected to Wi-Fi. 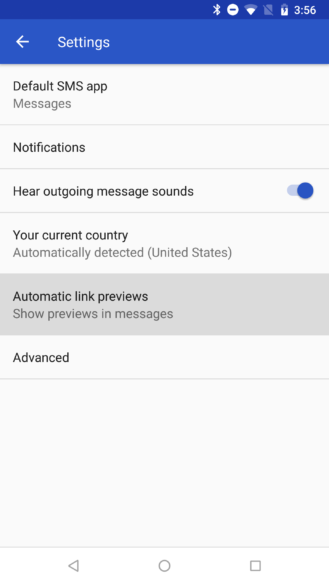 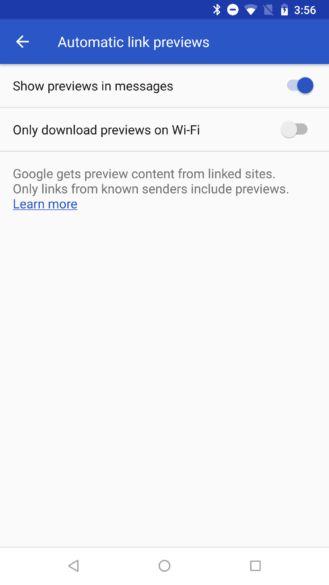 As a quick note, link previews may not appear immediately after installing the update, but force closing the app and restarting it should do the trick.

There appears to be a dark mode in the works. The label and key for a dark mode setting has been added, but currently hidden from view. There's no descriptive text or styles, but it's pretty safe to assume this is going to be the same experience we've seen in the YouTube app.

The second option can be used to silence notifications when new messages come in. Naturally, you'll want to turn that on most of the time so you can quiet an endless stream of dings.

As a final note, it looks like there might be a new notification channel for Conversations. Not much else to say there...