You would think that Google wants you on your phone as much as possible. That's where it can sell you ads and services in order to make money — that's its bread and butter. Yet Google CEO Sundar Pichai made a surprising announcement at Google I/O today. Upcoming new features in Android are going to help you get away from your phone and spend more time by yourself or with your family.

As Sundar so nicely put it, Google thinks JOMO could be better for us than FOMO — that's the "joy of missing out" rather than "fear." New features aimed at maintaining a healthy 'digital wellbeing' work to understand our habits, focus on just the important stuff, switch off at the end of the day, and find time for socializing away from the screen. 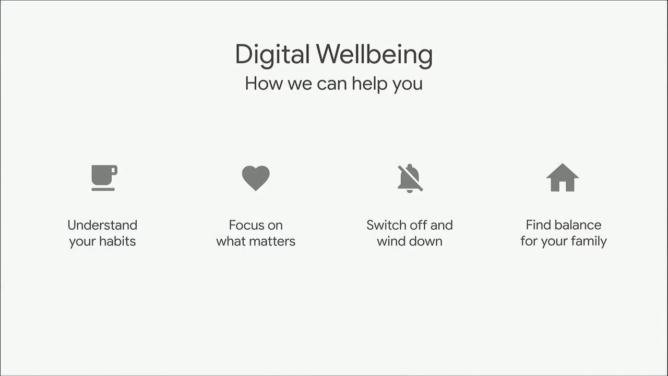 The Android Dashboard will give you an overview of how you're spending time on your device, including how much time you're devoting to certain apps, how many times you unlock your phone and how many notifications you're getting. When you notice you're wasting far too many hours of the day watching YouTube videos (aren't we all?), you can use the App Timer to set usage targets and remind you when it's time to get on with more important things in life. 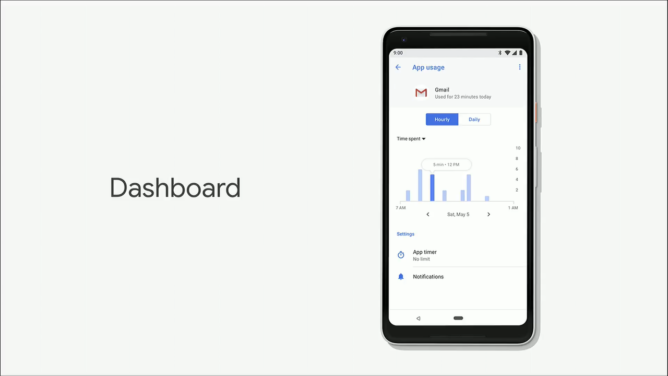 Do not disturb is going to become more powerful with a new gesture. Turn your phone over so it's face down and it will automatically enter DND, or "Shush" mode. Calls from 'Starred Contacts' will come through no matter what, so you don't have to worry about missing anything important. 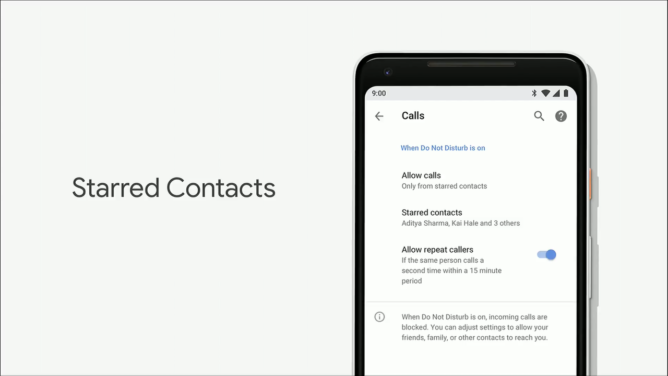 You will also be able to set a specific bedtime, at which point 'Wind Down' will turn on night light and DND, as well as fading your whole screen to greyscale. Scrolling through Instagram will be no fun without the color, so you'll have no choice but to go to sleep.

In fairness, there are lots of good ideas here that could nudge us all to get into better habits, so kudos to Google. David recently wrote a piece about smartphone addiction and these new services could really help to fight it. All of this will be made available to Pixels this fall, before coming to other Android phones later on.

AI-powered 'App Actions' in Android P will offer contextual suggestions for... pretty much ...