Yahoo has mostly fallen out of relevance in comparison to tech titans like Google, Apple, and Microsoft, even though long ago it would have been mentioned with them in the same breath. One need only peruse the 3,700+ word dedicated "Yahoo! data breaches" Wikipedia article to understand exactly how the company got where it is. Following the Verizon acquisition, Yahoo's remains still continue to exist, and this new app appears to be the company's latest product. The app's image gallery from the Play Store (in case the listing is removed).

The (reasonably) short text of the full Play Store listing is included just below:

Organize groups and chats the way you want, so you can keep up without getting lost in the noise. Squirrel is invite only for now. Ask a friend with the app to invite you to a group!

Rooms: Create separate rooms for specific people or topics. Chat in the main room for group-wide announcements and banter.

Mute: Turn off notifications in rooms that are a snore.

Secret rooms: Use secret rooms for private chats with those in the know.

Reactions: Make inside jokes official. Create your own one-tap reactions for the group.

Blasts: Make sure everyone in your group sees important messages.

Attachments: Share photos, documents, or links. Find them later easily all in one place.

Activity view: Never miss an important message. Know when you are mentioned, all in one view.

From the app's title and description, Squirrel seems like it is all about organization, in a manner reminiscent of Discord or Slack. Conversations are divided up into rooms within groups. Notifications can be enabled or disabled on a per-room basis, and rooms within shared groups can be set as secret, so they don't appear for everyone. There are also some sort of nebulously described "reactions" that seem to be an emoji or sticker system. Blasts sound like the @ tag systems from Slack and Discord. Attachments and Activity view should be self-explanatory.

Humorously enough, the app listing also advertises privacy benefits in its screenshots, though that really isn't the sort of thing Yahoo is known for these days.

We tried downloading the app to check out Yahoo's latest work ourselves, but as the "Whats new" section of the listing states, it seems to be invitation only. During the setup process and after signing into a Yahoo account, the app errors out: 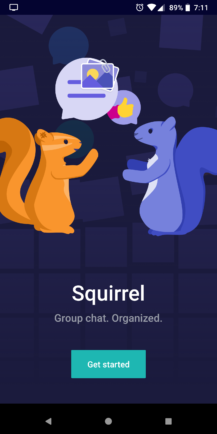 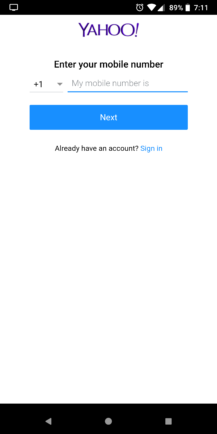 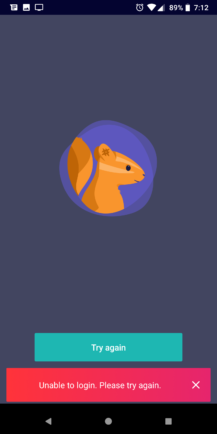 Squirrel clocks in at 13MB in size, targeting Android 5.1 and up (though it's available for iOS as well). The project also has its own site under the Yahoo domain, directing the inquisitive to send a request for an invite code, should they not already have one.

Interested parties can download the invite-only app via the Play Store and APK Mirror—just in case the app listing gets removed. 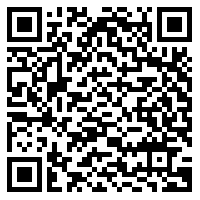 Alexa can now be set as the default Assistant on Android, and here's how