I/O kicks off tomorrow, but Google isn't wasting time. Likely the first among many tantalizing announcements, both Google and JBL have partnered to create the first hybrid Assistant/Android TV device, the Link Bar. Not only is it a fully-featured Assistant speaker and soundbar, but it also gives users a complete Android TV experience.

You can think of it as a cross between a Home, a Nexus Player, and a soundbar. Plug it into your TV and yell at it to start something on YouTube or control smart home things; you can even switch HDMI inputs with a voice command alone. And, though it's not new, the Link Bar can be used for music or home automation even with the TV off. 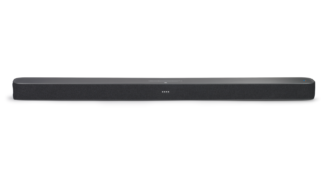 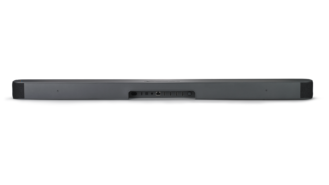 In the video down below, there is a really interesting example of issuing multiple separate commands in a single sentence, as we do in natural language. The mom says, "Dim the lights, turn off the TV, and play some music on Pandora." If you try to do that now, Assistant doesn't know how to handle it and just sends you to a Google search. Hopefully, these separate commands will come to the other iterations of Assistant soon.

I can't say that I could have ever conceived a device like this, but I have to admit that it's a neat idea. Google also points out that the Link Bar is the first in a series of hybrid Assistant/Android TV devices, so we can probably count on seeing more in the near future (or even during I/O this week, but that's just a guess).

Google says that the JBL Link Bar will be available in fall and there will be demos at this I/O. Pricing is noticeably absent at the moment.