By giving more than 2 million customers a way to see multiple movies in theaters each month at a discounted price, MoviePass is disrupting the cinema industry in a big way. While not nearly as much of a household name, Sinemia is vying to do the same. With new subscription plans starting at lower prices and boasting features that its rival doesn't offer, Sinemia may seem like an appealing alternative — and it may be for some types of moviegoers. But as is typically the case, the devil is in the details.

A couple days ago, Sinemia announced a new set of plans starting at $4.99 per month, which earned the company plenty of press. Here's the overview of Sinemia's new subscription plans, all billed annually up front:

Sinemia offers advanced ticketing (with restrictions, as noted below) and seat selection as standard features. There's also a "Sinemia for Two" tier, which offers double the tickets per month with a single membership at prices that are doubled for each subscription level — an appealing feature for couples.

Unlike Sinemia, MoviePass doesn't offer advanced ticketing and seat selection at all of its eligible theaters, and premium film formats are blacked out.

Overall, Sinemia is a fine alternative if you aren't drawn to the idea of seeing three or more movies per month; or if advanced ticketing, reserved seats, and premium formats are must-haves. Busy couples and parents, for instance, seem like a particularly viable fit for these plans. That said, there are some important things to note in the company's terms and conditions.

To start, Sinemia's touted advanced-ticketing feature is limited to three sites: Fandango.com, MovieTickets.com, and AtomTickets.com. Also, the convenience fee charged by those sites for booking tickets ahead of time is not covered by Sinemia. The company apparently made those two changes to its terms last month without clearly announcing them to users, which doesn't exactly instill confidence if you're locking yourself in to a whole year with them. And it may be worth noting that MoviePass (founded in 2011) sued Sinemia (founded in 2015) for patent infringement back in February.

If you're deciding between MoviePass and Sinemia, it's worth doing some research beyond comparing monthly prices. Let us know what you think of both of these companies' offerings in the comments below.

LOS ANGELES--(BUSINESS WIRE)--Sinemia, the leading global monthly movie ticket subscription membership service, today announced new pricing plans that represent the most affordable and flexible movie ticket subscriptions on the market. Sinemia now offers annual subscription plans for as low as $4.99 per month for one ticket and $6.99 for two tickets per month. Sinemia offers tickets to all movies and major theater chains and, unlike MoviePass, includes advanced ticketing and seat selection.

“Our vision and goal has been to create a movie ticket subscription service that adds value for both for moviegoers and the movie industry. We believe the only way to accomplish this is through a sustainable movie subscription model,” said Rifat Oguz, founder and CEO of Sinemia. “Since 2014, we’ve been fine-tuning our model and are now the leading movie subscription service in the Canada, UK, Turkey, and Australia. Thanks to our global experience, we’ve created a sustainable model and are very excited to bring a new slate of affordable and flexible subscription plans to moviegoers.”

All Sinemia monthly movie ticket subscriptions give moviegoers the flexibility to pick any movie in nearly any theater on any date, and to both book their tickets and select their seats up to 30 days ahead of time. The company also offers a highly-intuitive mobile app that includes perks such as restaurant deals, location-based recommendations and more. These new plans are also available in Canada starting at $4.99 CAD a month for one ticket, in the UK for £4.99, and in Australia for $4.99 AUS.

Sinemia now brings affordable monthly movie ticket deals tailor-made for the average moviegoer. Sinemia’s one- and two-ticket plans are perfect for movie fans who can’t make it to the cinema every weekend, and contain the flexibility that consumers have come to expect when planning a night out at the movies ahead of time.

For more information or to sign up for Sinemia today, please visit https://www.sinemia.com. Download the Sinemia mobile app today on the App Store and Google Play Market at: 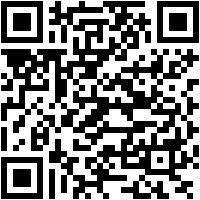 Weekend poll: Will you be tuning in to watch this year's Google I/O?