Back in March, ever-determined to give users multiple ways to do everything, Google rolled out the ability to subscribe and listen to podcasts directly in the Google app. Now, you're conveniently able to download clips for offline listening by tapping a "Download episode" button in the episode's description. 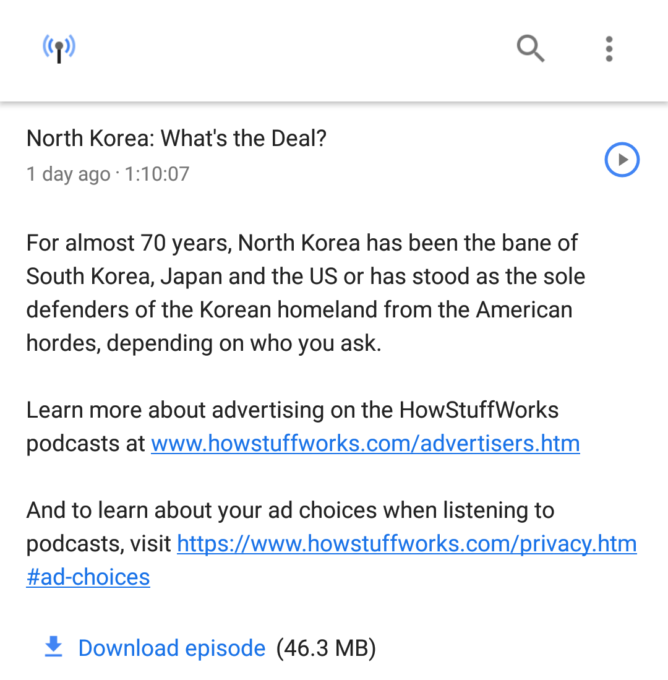 In the service's settings, episodes can be scheduled for deletion after a certain amount of time, whether or not they've been listened to—by default, completed episodes will be removed after 24 hours, and unfinished episodes will be removed after 30 days, but that time can be extended to seven days and 90 days, respectively. Automatic removal can also be turned off altogether for either.

Google's got big plans for podcasts, but listening in the Google app isn't as full-featured an experience as you'd get with an app like Pocket Casts, or even Google Play Music. That said, it's only been a couple of months; it'll be interesting to see where the project is this time next year.