The Translate app doesn't see a lot of updates, but when they come out, there's usually something interesting to discuss. In the latest version, rolling out today, there's not much to look at on the screen, but there are a few things in the teardown to look through. Actually, there was an unusually large amount of text added to the APK, but almost all of it is a repeat or slightly varied version of existing text, which likely means a new look is probably also in the works.

Things start getting interesting with a few changes to the settings screen. Rather, there's one small tweak you can see now, but some additions to the XML that promise bigger changes in the future. The visible change is simply to the order of the settings where you'll find Data Usage and Speech Input have traded places. 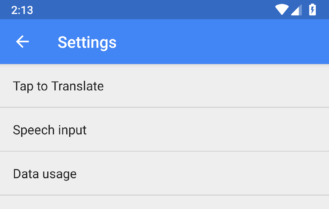 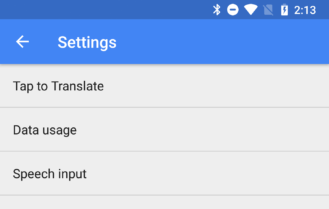 The order isn't really that significant, but what matters is the additions to the code. Two new preference screens are now defined with the names Voice and Speed. They're currently set up to appear at the bottom of the list, and everything following Data Usage will also be labeled with a new category heading titled Speech.

Put simply, we'll be able to set the voices used for live translation and the playback speed. What's particularly interesting is that you can set two different voices, each belonging to one side of a conversation. This is good because it's easier for the brain to process or ignore speech when it's coming across in different tones, which makes back and forth conversations a little more comfortable. Also, it's pretty weird when a person speaks into the phone and the translation comes out in the wrong gender. The catch, however, is that it seems you can only choose between the male or female voice for each side – there doesn't appear to be a list of different options, just the two distinct genders.

As for speeds, there are also only two options: Fast and Slow. It's a pretty safe bet we're currently hearing the slow pronunciation if we use live translation, so the fast mode is likely closer to average speed for most people. This would obviously be nice if you're tired of waiting for conversations to complete each cycle of communication.

Several new images were added in this update, many of which are here for the first time. Some of the additions include the variant app icons shown above, with the standard image on the left, a remake in white in the middle, and a Hangouts-like variant on the right.

These are joined by an assortment of images that were included with multiple versions. The next four sets are for offline, saved, scan, and talk, respectively. The odd thing is that each is also labeled as v1, v2, or v3. The first two always have a hand-drawn look to them, and the v3 image always looks like it came out of the standard icon pack.

And we'll end it on one last image in the hand-drawn style named promocard_update_offline. 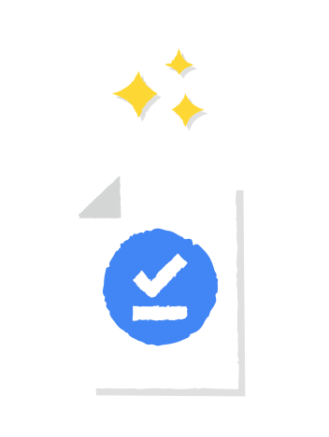 I really don't have much else to say about these images, but for those that pay very close attention to Google's design choices, I figured these might be of interest.

I would normally include a section at the top with live changes in this version, but after doing a lot of testing, I haven't seen anything of significance that differs between v5.18 and v5.19. However, there are a few lines visible in the teardown that would suggest a couple of language features were added.

Specifically, the lines would suggest instant camera translation now works with either English or German being translated to Arabic. Also supposedly added was support for Myanmar (Burmese) handwriting input. I've tested these and they definitely appear to be working at least as far back as v5.17 (2 versions old). It's possible these changes were made at the server and were not previously available, but I have no way to verify that.