To take advantage of this functionality, you pull up the G7's camera app and tap the on-screen “AI CAM” prompt. Already it's a little frustrating that this option doesn't exist as a camera setting we can simply enable and let the software call upon automatically as needed. But OK, we're being very explicit about our preferences for AI-enhanced photos; fine.

From there, we get a bit of “word salad” as the software analyzes the scene before it, spitting up the names of objects it recognizes. Or, rather, thinks it recognizes. The algorithm feels like it definitely has a preference for certain selections, and we saw “poodle,” “spinach,” and “infinity pool” pop up suspiciously often. While all this occurs on-phone, LG does tell us that it plans to deliver training updates for its model used here, so hopefully we'll see those guesses get better in time. 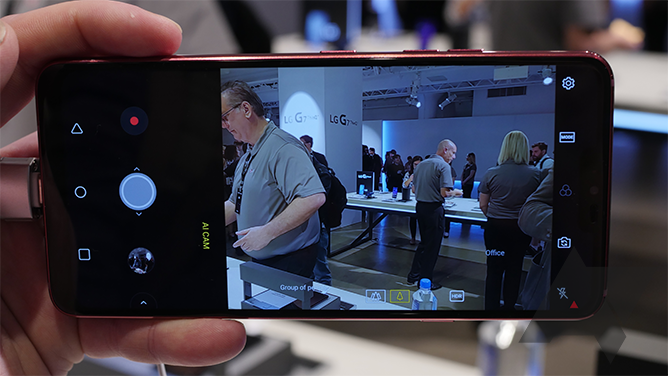 Eventually, the AI CAM figures out more or less what it's looking at, identifying the scene by one of nineteen shooting modes — from people, to cityscapes, to flowers — it even tells the difference between (and optimizes filters for) fruit versus other foods. But this can take a fair amount of time, and in the demos we saw today (with LG-provided imagery), the G7 sometimes took the better part of 10 seconds to zero-in on a mode determination.

Once a shooting mode is settled upon, AI CAM demands even more user interaction, and it won't do anything until you tap on the chosen mode to confirm. While we do like verification that things are working the way they should, this is rapidly adding up to a lot of manual input for something touted as “AI.”

A little frustratingly, if AI CAM misses the mark with the mode it suggests, there's no way to outright reject the option — instead you refrain from tapping to confirm, and then wait patiently for it to suggest something else. 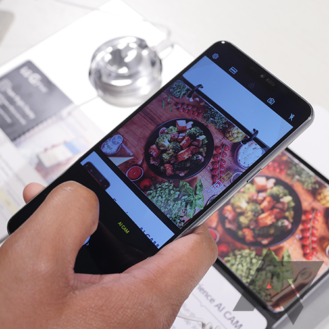 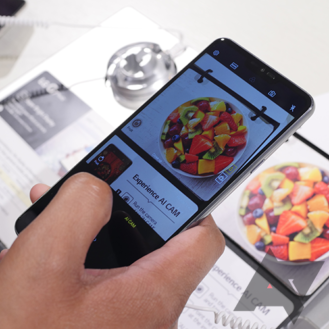 After you've got your mode set, AI CAM gives you your final set of options, suggesting four color filters to make your shot look its best. But while manually selecting filters without AI CAM gives you names for these filters like Mellow, Vivid, or Nostalgia, your AI CAM options go unlabeled. That makes it tricky to get to know your favorites, and instead you end up just picking what looks best out of the four.

We should emphasize there — you end up using what you pick. Because once again, it's up to the user to make the call. We appreciate that LG has narrowed down all available options with AI CAM to get to this curated list, but it's still a decision you have to make, rather than fully tapping into the power of an AI.

And that's maybe the biggest problem here. There are camera users who love to endlessly tinker with settings, playing with exposures, focus, and post-processing filters to get their perfect shots. And there are those who still appreciate a powerful camera but instead prefer to let the software do all the work, for a pure point-and-shoot experience.

With AI CAM on the G7, though, LG is trying to split the difference in a way that doesn't make a ton of sense. It's still too slow and involved for really casual usage, and doesn't do anything a pro can't do faster (and arguably better) themselves. It makes for an interesting enough tech demo just based on its object recognition, but there's a big gulf between that and a genuinely useful AI camera. For now, LG still has work to do.