Phones are big these days, and that can make UI elements at the top of your screen hard to reach. Thus, apps are increasingly going for the bottom navigation tabs. Even some Google apps are all over the bottom tabs. Now, Twitter appears to be testing a bottom nav UI. We've seen several reports, but it seems there's no way to trigger the UI yourself.

The navigation items in this new version of Twitter appear to have the same setup as the ubiquitous top bar. There's home, search, notifications, and messages over on the right. It's unclear if you can swipe between the tabs like you can right now. There's a comparison between the two interfaces below. 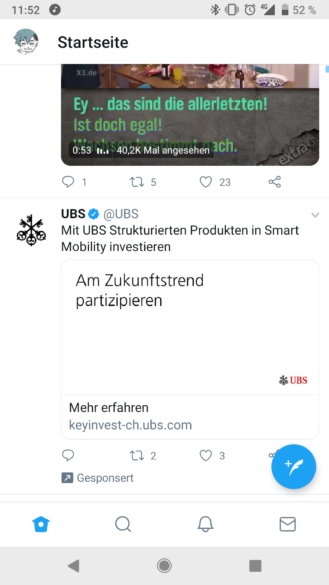 Twitter has toyed with UI changes in the past—especially when it comes to navigating the app. They're usually mysterious server-side switches, and this one is no different. Even installing the alpha version of the app won't toggle on the new navigation UI. We'll just have to wait and see if Twitter rolls this one out widely.