Snap Inc can't seem to turn itself around. Between threatening employees with jail time and pushing away users with the new Snapchat design, the company has had plenty of problems in recent months. Snap Inc released its Q1 earnings report yesterday, revealing lower revenue and daily active users than expected.

According to the report, Snap Inc had a revenue of $230.7 million during Q1 2017, well below the $244.5 million estimate from Thomson Reuters. That's also significantly lower than Snap's Q4 2017 earnings, which reached $285.7 million (surpassing estimates at the time). Snap reported 191 million active users, slightly below FactSet's estimate of 194.2 million. 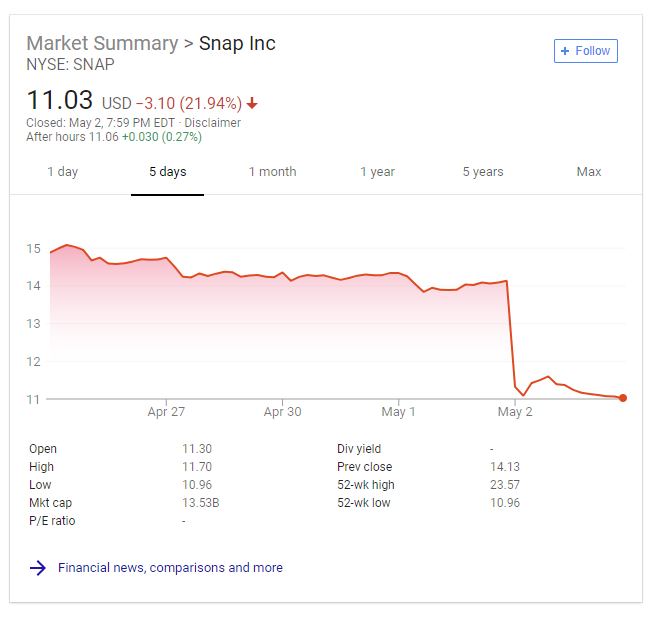 Following the earnings report, Snap Inc's stock plummeted from $14.14 to $11.08. At the time of writing, the price is at $11.03. Multiple firms have knocked down their targets for Snap's future earnings and stock prices, since most of the company's problems (like the poor Android app and ill-received redesign) won't be going away anytime soon.

Developers in Guatemala, Moldova, and Paraguay can now sell paid apps on the Play Store