The mobile world thrives on change, and we're always waiting expectantly for the next big OS update, next hot phone, or next service that changes our lives for the better. But that ceaseless hunt for improvement can also backfire on users when something they've loved and relied on is suddenly upended in the name of progress.

A good number of us are feeling that kind of frustration right now, as we get to know Google's latest Gmail redesign. We shared with you the news of its launch last week, and while there's a whole lot it does well, including the introduction of some powerful new features, we've also been putting together a not-so-insubstantial list of gripes.

Some of them are minor — little issues of personal preference. Some have a negative effect on our workflow. Maybe some we'll come to love in time, but right now these issues have us feeling grateful that (for the moment, at least) we can still switch back over to the old Gmail. 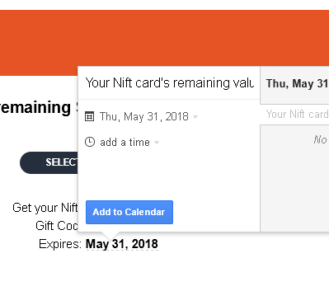 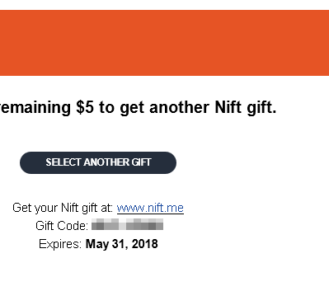 Whether we're talking about meetings, appointments, or events, we sure get a lot of information about upcoming occurrences via email. And thanks to the tight integration between Google services, it's been easy to add these functions right from Gmail into our Google Calendar — Gmail would automatically recognize dates and times in messages, underline them, and give us the opportunity to click and add them right to our Calendar.

For some reason, though, this very handy shortcut appears to be missing in the new Gmail — no more underlines, no more adding to Calendar. We really hope that this was just an oversight that will be coming back soon, because this capability had proven itself to be all sorts of useful over the years.

Sometimes you need a little context when responding to someone, and before you go and repeat yourself or omit important information, it can be useful to take a quick look back at your recent conversation history. Previously, Gmail had made this task quite easy to pull off; you'd just hover over a user's name in an email header to see their contact card, which at the bottom had a useful “Emails” link. Clicking that performed a simple search that brought up all your past emails with the user.

While you can still mouse-over someone's name to get a pop-up contact card, that “Emails” link is no longer present. It's not like you can't still get a list of past messages by manually performing a search, but we really miss the ease at which the old Gmail could remove some unneeded steps from that process 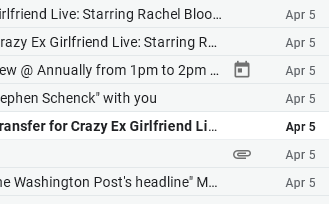 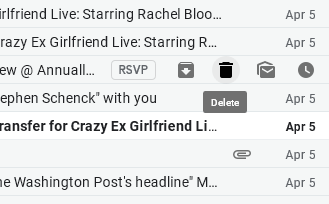 In the new Gmail interface, as you mouse over messages in your inbox you'll see a set of action buttons pop up over to the right: Archive, Delete, Mark as (un)read, Snooze. While Google may think that hiding those out of the way when not needed helps tidy up the UI, the way they jump into place doesn't work so hot in all situations.

Say you're dealing with an invitation to an event. As you should be used to, Gmail gives such messages a little calendar icon. In the old version, you also got an RSVP button next to that icon. Now that the buttons pop into place on mouse-over, might you think you need to hover over that icon to get your RSVP? Nope. Instead the regular set of four buttons pops out, but now with RSVP over to the left — if you just dive right in and click where the calendar icon was, you're going to delete that message instead.

Other times it's just unclear that there even is a button for you to click. In the old interface something like “Go to folder” for shared content would be clearly visible in your inbox, while now the button only appears once you mouse over the relevant message, making us far less likely to engage with it.

Who chose these fonts?

OK, maybe we're just getting a little picky here, but we really like the crisp look of the old Gmail with its Arial font. The new interface swaps out Arial for a combination of Roboto and Product Sans (which you should recognize from the Google logo). While this is admittedly a subjective criticism, the new fonts deliver a look that comes across with the sort of soft and bulky qualities of a child's toy, all highly visible and safe. Granted, Gmail aims to appeal to a wide array of different user types, and some might dig this change more than others. In this case, we're the “others.”

We also don't love how these fonts are contributing to some of the specific interface elements of this new look, like the refreshed “Compose” button. While it used to be both compact and highly visible, the new button is drowning in white space, with a font that confusingly looks positively cramped. We just can't imagine who thought this looked good. 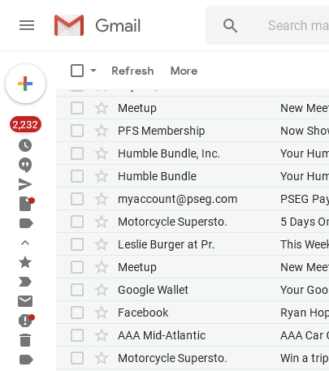 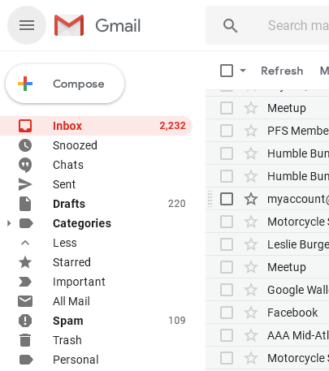 Gmail users are familiar with the service's menu bar along its left edge, giving you access to your main inbox, sent and draft folders, chats, labels, and all the tools you use to sort your messages. While very useful, it does take up a bit of screen real estate. The new Gmail aims to reclaim some of this with a hamburger menu in the upper left that causes all the text associated with this list to slide out of the way when you're not actively interacting with it.

For one, that's not the way we're used to seeing menus like this work, so the implementation feels foreign. But more than that, it's not very useful in its compact, icon-only form. Sure, things like sent messages and your main inbox are still easy to recognize, but if you're working with a ton of labels, they all look the same.

Yes, you can differentiate between them once you mouse over, and as you need to do that to interact with them anyway, this complaint may feel like a moot point. But we still have a lot of leftover screen clutter that's not providing much in the way of useful information — it feels like a half-baked idea.

These are just some of the issues we've been facing with the new Gmail. Maybe we'll notice even more in the days to come, or maybe Google will actually start addressing some of these problems. If you're interested in checking out the new Gmail interface for yourself, just click your settings-menu gear and select “Try the new Gmail.” And like we said before, you can always go back — for now.