Samsung's Galaxy A6 and A6+ haven't been launched yet, but Samsung Indonesia has just pushed out a ton of details for the two phones ahead of a proper announcement. The new Galaxy A6 and A6+ feature 18.5:9 AMOLED "Infinity" displays, fingerprint sensors, unnamed 8-core SoCs, and front-facing camera flash. The bigger A6+ even has a dual-camera setup for parallax-based bokeh, and both cameras sport 16MP f/1.7 primary shooters. Prices and dates for availability are still unknown, though. 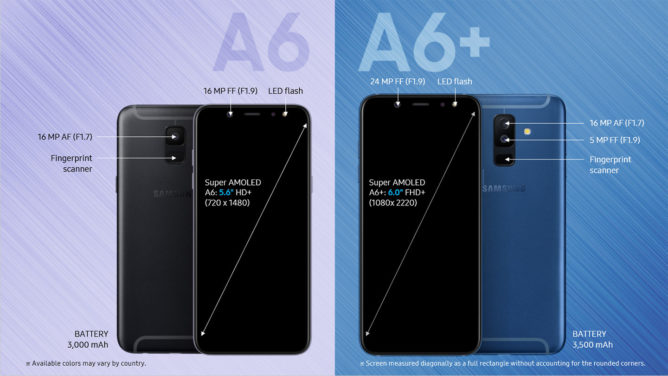 The full spec table for each phone, as listed on Samsung Indonesia's site, is just below:

The phones are a bit different, even outside the apparent screen size disparity. The larger A6+ steps things up in pretty much every regard, with a higher-resolution and higher PPI screen, more RAM, a bigger battery, faster clock speed, and dual-camera configuration. The smaller and lower-spec'ed A6 will almost certainly cost less to make up for it, though.

Although both phones list "Bixby" as a feature, they only seem to include Bixby Vision, Bixby Home, and not Bixby Reminder. So if you were looking forward to Bixby Voice—for some sadistic reason—it doesn't appear that these phones support it. 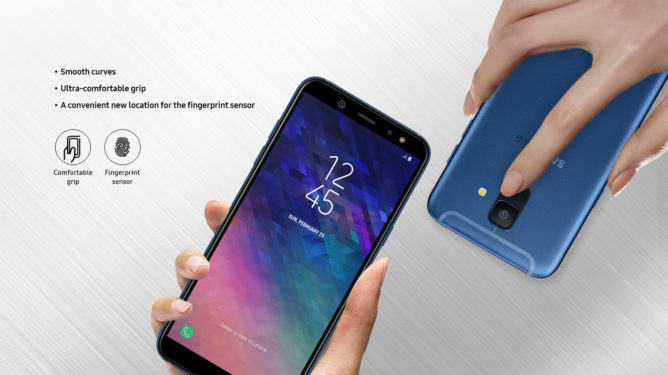 The sound and speakers on both phones have ostensibly been tuned by Dolby with its Atmos "immersive sound experience," and they feature Samsung's face recognition in addition to the rear-mounted fingerprint sensor, but neither device has any water or dust resistance.

At this point, all that's really left to wonder about is pricing and availability. With Samsung itself pushing this data to the public, we might not have long to wait.