Sometimes, the best thing you can do is stay positive. As mothers everywhere are fond of saying, "if you don't have anything nice to say, don't say anything at all." That's a good philosophy, but most of us probably forget to practice it, and Facebook is rolling out a new tool to allow people to hide that sort of content from its site. According to a report published by TechCrunch, Facebook is experimenting with a new "downvote" button, but it's actually just a "report" button.

Most of us probably associate the idea of downvotes (and upvotes) with Reddit, but Facebook's recent implementation isn't quite the same. Instead of being used to promote or bury the relevancy of a given item, it's pretty much just a report button for notifying Facebook of inappropriate content, though it does hide content if you select it. Given it isn't really performing quite the action any of us associate with "downvote," the name Facebook has chosen for it might not be the best.

According to TechCrunch, once someone has clicked/tapped the new downvote button, the comment is hidden and context for the action is requested, giving you the option to report the comment within specific categories like "offensive," "misleading," and "off topic."

Here's what I see on my end if I click downvote, but since I don't know anyone else with the feature I don't know what it might look on their end. #FacebookDownvote pic.twitter.com/YIxI5xgXeU

An example of the new "downvote" in action, courtesy of @hurdlersocial.

Apparently, this is just a limited test for the time being, with only 5% of US Android users that have English set as their language participating. It's all a larger part of Facebook's recent attempts at self-improvement.

Facebook is adamant that the new button isn't a "dislike" button—it seems Reddit's habitual misuse of downvotes as an expression of opinion rather than relevancy is entirely unknown to Facebook's engineers—but we'll see what purpose Facebook's users use it for. Whatever the result of this test, in my opinion, labeling the new report button "downvote" is either a bit of an oversight or a slightly misguided attempt to appeal to the Redditing crowd that's so rapidly jumping Facebook's ship.

It appears that Facebook is rolling these upvote / downvote buttons to more users. Thanks, Sidney Alcantara. 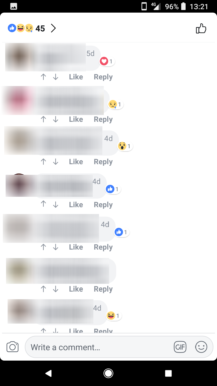 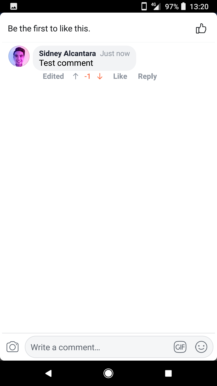 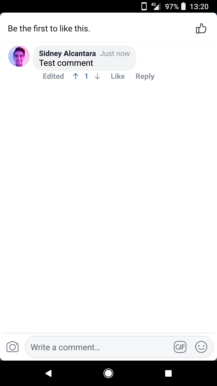 [Update: Facebook, Microsoft join in] Google is turning its pistol emoji into a squirt gun

Android P notifications could be getting new remind, send, and snooze actions