Notifications on Android became a lot more powerful last year when Oreo added the ability to snooze them. You can set them to reappear 15mins, 30mins, 1hr, or 2hrs later — which is incredibly useful. Before, I found myself leaving notifications lying around in my tray for hours so I wouldn't forget to action them. Snoozing lets you get them out of the way until you need them.

Thanks to a new screenshot added to the private Play Store listing for Google's smart response app Reply, it looks like notifications in Android P are going to have even more control options. 9to5Google spotted the image, which shows a new toolbar below the notification and quick reply field with the following buttons: Remind me at work, Remind me at home, Add reminder, Send to..., and Snooze 1 hour, each with the usual material iconography.

While it could be possible those options are related to the Reply app and not the Android system, it seems unlikely that a smart response app would include such functions. More likely is that an upcoming developer preview release of Android P that's already being tested internally includes these useful new notification tools. Google also has previous when it comes to leaking its own new features, most recently with the gesture navigation it seems to be testing for Android.

The new reminder actions are reminiscent of Inbox by Gmail but are also similar to what you can do with the Google Assistant. It's rumored that Android P will integrate more closely with the Assistant, so these new options could indeed be evidence of that. With a single "1 hour" snooze option visible here, that would actually be a downgrade compared with what we can do on Android Oreo, but it may be customizable — at least I would hope so.

Right now that's about all we can glean from this screen, but the second Android P developer preview is due early next month so we'll hopefully find out more then.

If you're wondering why the link to Reply on the Play Store doesn't work, that's because you have to request access by filling in this form. If you're lucky you'll get an invite. Along with the revealing new screenshots, Reply has also been given a nifty new icon (below). We can probably expect an update to the app sometime soon, so keep an eye out. 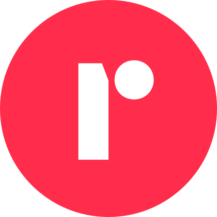 [Update: Rolling out to more users] Facebook testing a downvote button, claims it is not a ...