Sometimes it's nice just to sit back and play through a relaxing game on your phone or tablet. No competition, no timers, just a good old fashion single-player experience. In my constant quest to find the best new games on Android, I came across the newly released Still Here... A cute Adventure. It's a beautiful 2D side-scrolling platformer that takes place in a charming dystopian world, and you can grab it today for $3.99.

Playing a platformer on a touchscreen device can often prove to be an exercise in frustration. The lack of tactile controls is always an issue. Luckily the developers of Still Here have found a great way to circumvent this problem. You see, instead of running and jumping as you would in a traditional platformer, you will be spending your time tapping on the left or right side of the screen so that you can fly in the air for movement. This works better than expected, which is why the controls are such a pleasure to use.

The premise is simple enough. It would seem that you have awoken after 50 years to find that all of the humans have been erased from the planet. But that doesn't mean it's deserted. There are plenty of quirky robots scattered around the game's 15 locations. Mainly you will interact with them as part of the puzzles you are required to solve. These puzzles often consist of gathering lost objects that have to be returned one by one. What's nice is that there are no time limits to finish your tasks, so you can leisurely explore each level while you search for those misplaced objects.

It also doesn't hurt that the 2D vector graphics are gorgeous, especially when you see them in motion. Each environment has its own unique look, and the little particle effects floating around give the whole thing a very lively feel. The devs deserve major props for the fantastic art direction.

So yeah, if you are a fan of 2D platformers, or are looking for a relaxing game to play through with a pleasant story and great graphics, Still Here... A cute Adventure is a fantastic choice. It also doesn't hurt that this is a premium release, so you won't have to worry about any advertisements or in-app purchases. What you see is what you get, and I have to say I'm very pleased with the outcome. 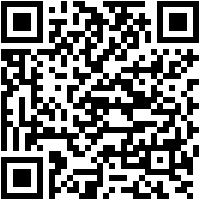 LG will begin updating the G6 to Oreo on April 30th, V20 and G5 updates will come later