Google has been pumping out significant updates pretty fast recently, likely as the finishing touches are put down on new features that will be cut loose in a couple of weeks during I/O. The latest update brings with it the 'At a glance' widget that debuted in the Pixel Launcher, making it available to many more devices and in different launchers. We've also got a few small topics to cover in a teardown.

At a glance widget 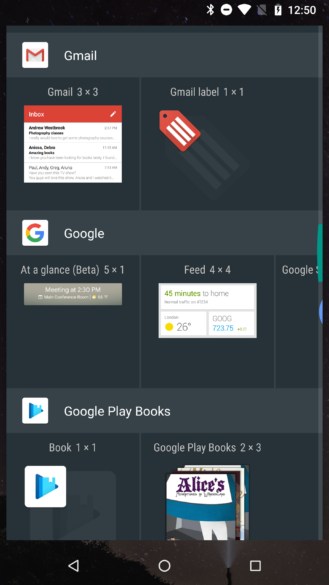 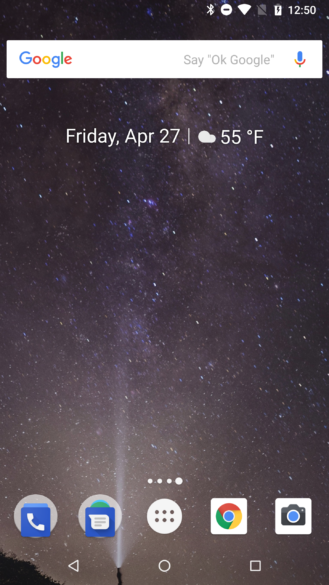 'At a glance' widget added to the Google Now Launcher

One of the interesting little features to live for a while as a Pixel exclusive was the 'At a glance' widget. It first appeared in a teardown back in August and launched alongside the Pixel 2 in October. It offers a brief glimpse at your next appointment, flight information, traffic updates, and if there's nothing immediately coming up, it defaults to just a date and the current weather.

There's no need to be jealous of Pixel people for this handy widget because it's now available to almost everyone. The At a glance widget is now a completely normal widget and can be added like any other. Keep in mind, it does bear the beta tag, so the developers at Google are presumably still ironing out a few of the bugs. You should be able to use this on devices running Lollipop (API 21) and on basically any launcher that supports widgets.

Unlike the original At a glance feature found in the Pixel Launcher, the new widget can be placed on any home screen and at any position. However, it is a full-width widget and doesn't support resizing. Unlike the one found on the Pixels, there currently aren't any settings to enable or disable the different types of data that might be shown. However, that's likely coming... (see the teardown below). 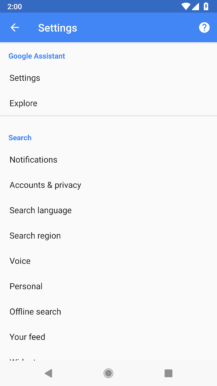 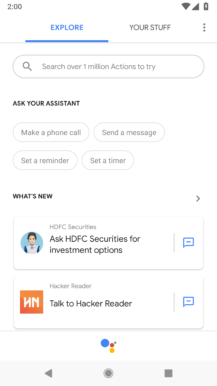 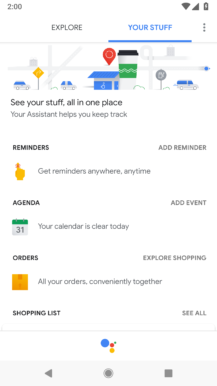 One of the difficult-to-find features of Google Assistant is the Explore page. This is where you can go to find commands and services that can be used through the Assistant. In most situations, I point people to the Google Home app where Explore can always be found in the navigation drawer, but there are other ways to get there. Now it looks like Google might be playing with putting it right at the top of the Settings screen where it's nearly impossible to miss.

Along with the Explore page is a new "Your Stuff" tab that gives you a single stop for finding things you've added or done with Google Assistant.

Explore is replacing the "What can you do?" link (shown below), which only guided you to a more general page of features directly built into Assistant. 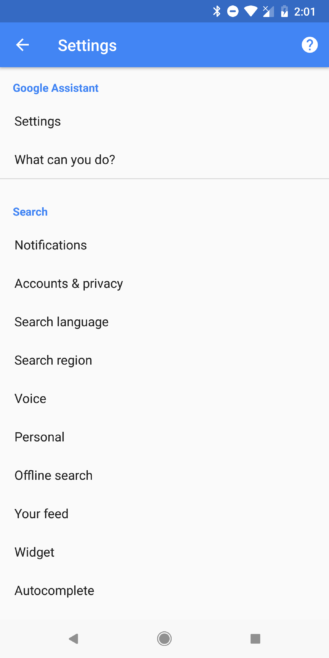 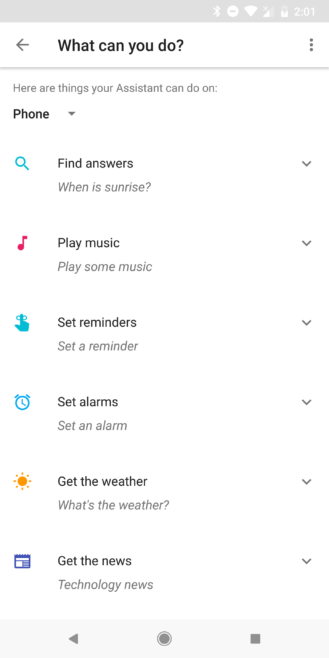 – Thanks, Henny Roggy and Anthony Maki.

Avocado (possibly settings for At a glance)

As I was saying, there's probably going to be a settings screen for At a glance. A new entry in the Assistant settings was added with the mysterious (and delicious) codename Avocado. It doesn't have much in the way of details, and the implementation is incredibly thin at this point, but its placement in the list and use of a calendar icon feel like decent clues that this will be where the settings for At a glance ultimately live.

Of course, it's possible this is a completely new and different feature referred to by the classically wonderful drupe, or perhaps berry, if you take that position. There's no firm link between Avocado and the At a glance widget, just coincidences. So for now, we'll just wait for this one to ripen a bit more.

Most of our readers probably know quite a bit about Google Lens, but there are still some misunderstandings about what it does, not to mention lots of average people that didn't know it existed or how to use it. A new stack of tutorial text was added that's meant to help a lot of people discover how to use Lens to its fullest.

Most of this stuff is pretty uninteresting, but one section caught my attention. There will be a page dedicated to pointing out that Lens can be used to scan barcodes. While barcodes have been mentioned in virtually every piece of literature written about Google Lens, I still see a lot of people that don't realize it's possible to scan them. Perhaps I'm reading too far into it, but I have a funny feeling Google wanted to reinforce the point that this handy little feature was already built in.

While we're talking about barcodes, I'll also point out that it looks like the scanner icon has been changed. The new one looks less like a bundle of glitchy pixels.

A few weeks ago, Google basically teased a floating widget with live updates for sports scores. It hasn't launched yet, but evidently, it's going to be a little more informative than previously expected. It appears it may also begin showing penalties.

Also making it into the latest update are a couple of interesting images. The first is Google's Doodle logo, which would suggest we'll probably see even more Doodles featured through various avenues in the app. The second image is called 'Spark,' a name that has popped up elsewhere in the app, but not in any meaningful way yet. 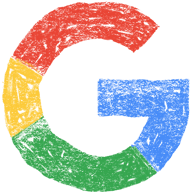 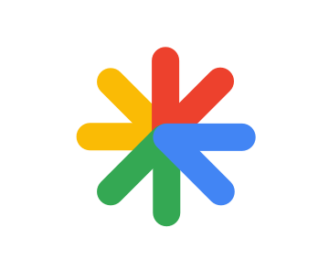 [Update: More details] Report: T-Mobile and Sprint may agree to merger as soon as next week