Until now, the Chrome OS camera app has only been able to take photos, which is about as basic as it gets. The latest version (5.0.0) finally adds video recording. Open the app and you'll now see a video option next to the capture button. It's as simple as switching over to video and hitting record. 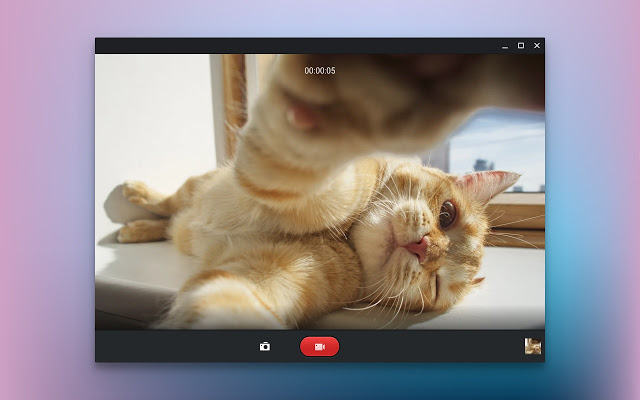 Just as with photos, these videos will be saved locally in the gallery section of the app for you to do with as you please. And if you're taking lots of long videos you'll probably want to move them to Drive or Photos to save your precious Chromebook storage space.

Other recent updates have included things like support for multiple cameras, in order to ready Chrome OS for tablets. It would be great if native screen recording could be added next, as we see a lot of requests for that. Since it's a Chrome web app, the camera can also be downloaded to Windows, MacOS, and Linux devices — although they already have integrated solutions with more features, so you'd probably have no need for it there.