Earlier this year we learned about rumors for the upcoming release of a music streaming service named YouTube 'Remix.' According to a recent report by Droid Life, the new platform is going to take over for Google Play Music. YouTube Remix was initially pegged to land sometime this March—the absorption of Play Music was also indicated in an APK teardown in February—but until now there hasn't been much information or confirmation on the subject. 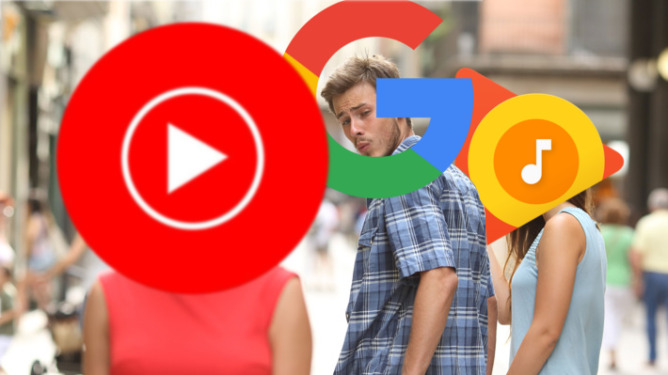 Sometimes, you just need an excuse to make a funny picture.

Droid Life reports that users of Google Play Music will be literally forced off the older platform by the end of the year in the switch to Remix, which is alleged to be a "Spotify-like music experience." Google's Lyor Cohen confirmed the existence of a new music subscription service at this year's SXSW.

The new platform is supposed to bring content discovery and recommendation to the forefront, in the same vein as Spotify, with smarter and more situational playlists, while also unifying the YouTube and Play Music streaming efforts. Previously, Google had two separate music streaming platforms in the form of Play Music and YouTube Music.

In a follow-up comment, a YouTube spokesperson reached out to Droid Life with the following statement, which reiterates that YouTube Music and Google Play product teams have been working together for some time on a single solution:

We’ve previously announced the combination of the YouTube Music and Google Play product teams — music is very important to Google so it’s critical we have one offering that meets the needs of consumers and artists. Nothing will change for users today and we’ll provide plenty of notice before any changes are made.

There's no word just yet on how the transition might work when it comes to things like your personally uploaded music library or persistence of Play Music promotional pricing—some of us are still on the old grandfathered $7 plan from launch—but if any new information is provided, we'll update this article.