A new page appeared on Amazon yesterday: white text on a blue backdrop, asking "What is Fire TV Cube?" with a button to sign up for email updates. The question, obviously rhetorical, is a clear teaser for a new Fire TV device.

AFTVnews reports that the upcoming streamer will take the form of a set-top box with built-in microphones that allow it to function like an Amazon Echo. Existing Fire TV devices allow for voice input, but require the use of a remote or a separate Echo device.

While the teaser page isn't much to go on, the Fire TV Cube ought to be coming soon: an Engadget reader sent the site scans of the product manual for a recently-purchased Amazon Ethernet adapter—which includes some telling illustrations: 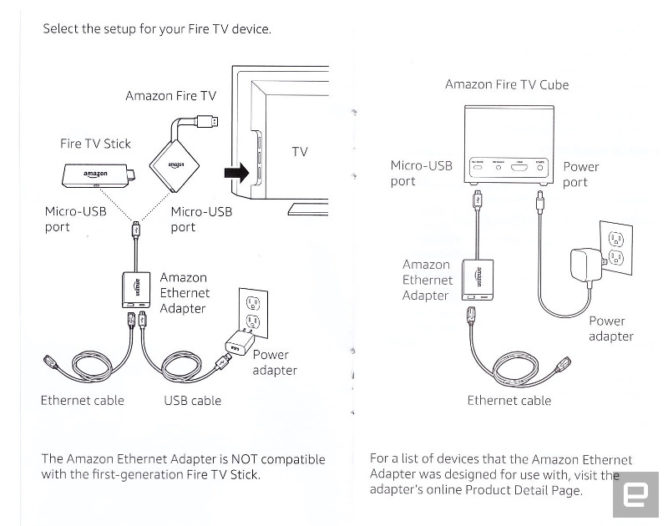 An Amazon representative said the Fire TV Cube page isn't a formal announcement, and that more details are coming soon.

Hands-on with Google Tasks: Another beautiful but disjointed way to get things done with Google 17 features and tricks to help you get started with Spotify