Over the past year or two, we've seen a rise of 'lite' apps - lightweight alternative applications for popular services. Facebook Lite, Skype Lite, and Twitter Lite are just a few examples. But it's not always obvious to users that these alternatives exist, unless they happen to appear high up on Play Store search results.

Google is seemingly trying to fix this problem, with a new message about lite apps appearing for some users. The message, as seen in the screenshot above, informs users that a lite version of the given app is available. The message also shows the file size of the lite app, and pressing 'View' takes you to the app listing.

I'm unable to replicate this on my devices, but many lite apps aren't (officially) available in the United States anyways. Let us know in the comments below if you see it.

We've received a few tips that Android Go apps are also being shown as alternatives, not just Lite apps. Thanks Wael for the screenshots! 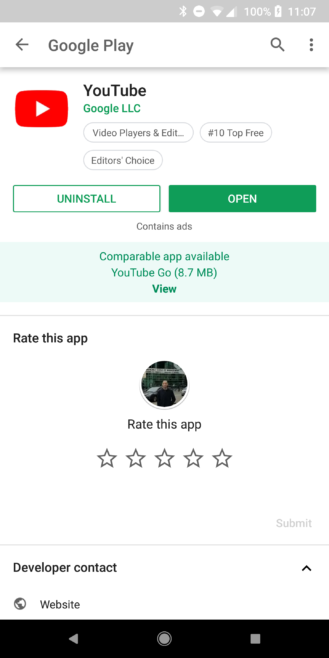 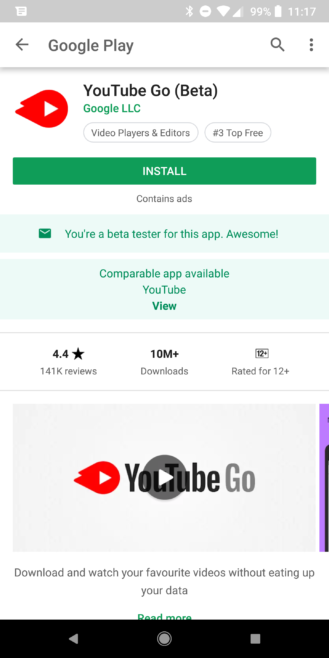 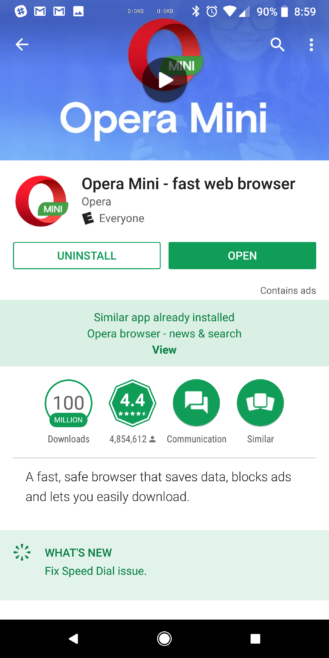 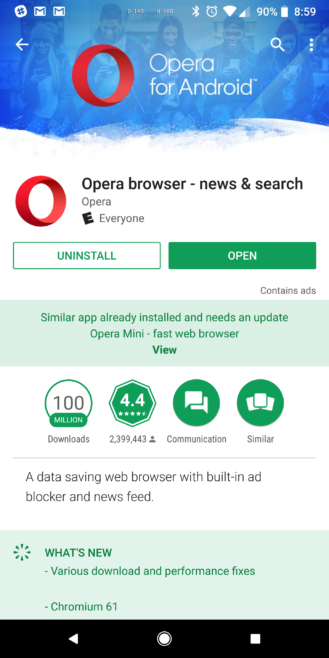