T-Mobile subscribers will be able to grab one $4 ticket each to "Deadpool 2" in the carrier's T-Mobile Tuesdays app on Tuesday, May 15. The vouchers can be redeemed on Atom Tickets starting on May 18, the day the movie releases in theaters. The "un-carrier" also announced two Deadpool-themed contests in which entrants can win a trip to New York for an advance screening of the film or free movie tickets for a year.

The free tickets giveaway is a little simpler: play an "interactive Deadpool 2 trailer game" on the T-Mobile Tuesdays app or website on May 1, and you're entered to win a year's worth of free movie tickets for two, again through Atom Tickets. All three promotions are in partnership with Twentieth Century Fox.

T-Mobile Tuesdays has a history of providing some pretty decent perks for T-Mobile subscribers. Last year, the app offered a free year of MLB.TV, which was a $112.99 value. 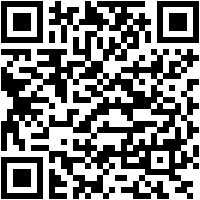