The Xperia XZ2 and XZ2 Compact are arguably Sony's best-looking phones yet. Unveiled at Mobile World Congress (MWC) in Barcelona in February, the latest Sony flagships have rear fingerprint sensors and sport 18:9 displays with far less bezel than we're accustomed to from Xperia devices. They both include the freshest Snapdragon 845 chip with 4GB of RAM and will ship with Android 8.0 Oreo.

I was impressed by them in my hands-on at MWC, especially in view of Sony finally embracing a more modern design aesthetic — even if the Compact is a little chunky. Sony doesn't usually concentrate on the US market too much, but we learned a couple of days ago that Best Buy would have both phones available to pre-order from today, and both are now live on the site in a range of different colors. 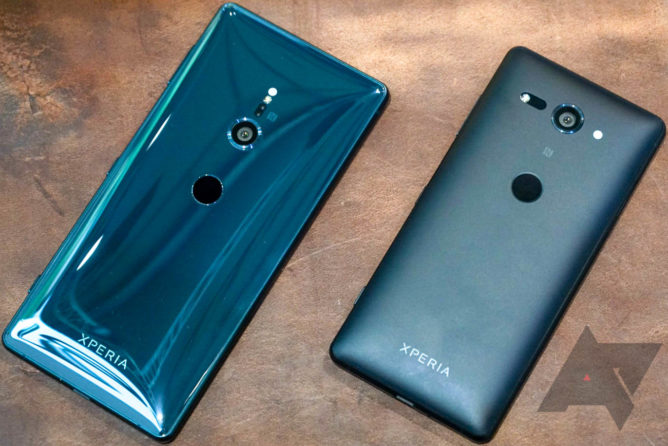 The Xperia XZ2 costs $799.99 and comes in Liquid Black, Liquid Silver, Deep Green, and Ash Pink. The smaller Xperia XZ2 Compact will set you back $649.99 and comes in Black, White Silver, Coral Pink, and Moss Green. Sony has done a pretty good job with the color options; I find the Deep Green XZ2 to be particularly fetching.

You'll be able to pick up the devices in Best Buy stores from May 6th and Amazon, along with a few other retailers, will also be selling them from May 20th.

The XZ2 and XZ2 compact are now available to purchase on Best Buy's website, apparently a little earlier than we expected. If you order now, they should arrive at your doorstep as early as April 25th.

Display notches: The good, the bad, and the (very) ugly