The world of smartwatches is starting to dry up, and as sad as that is, I can't say that I'm surprised. However, there remain a few diamonds in the rough, one of which is on sale over on eBay. The Fitbit Ionic, in all three color variations, is going for $239.99, a nice $60 off.

While not really a typical smartwatch – as compared to a Wear OS or Gear device – the Ionic nonetheless received a very fair rating from Ryan, who re-reviewed the wearable after it had some software updates. This device has quite the list of fitness tracking features, including GPS, the standard heart rate sensor, and pedometer, to name a few. Its battery can go for about a week, which is fantastic. 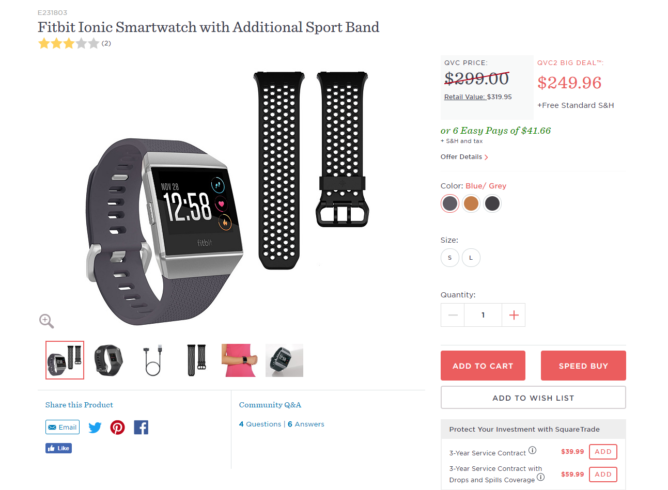 The deal on eBay comes courtesy of seller platinummicro, who currently has a 99.1% positive rating at time of writing. It's also worth noting that QVC also has a good deal on the Ionic — for $249.96, you not only get the watch (in any of the three available colors), but an additional sport band. If that sounds interesting to you, just head on over to the second source link below.