The HTC G1, or Dream as it was known in some markets, was equipped with a slew of hard buttons and even a trackball (yes, a trackball), though it also offered a full touchscreen and a slide-out keyboard. At the time, Android didn’t have a standardized system navigation layout; the G1 had buttons for opening the dialer, ending a call, going home, a menu key, and a back key, along with the clickable trackball to use as a confirmation input. Things were... pretty strange. And, compared to the contemporary iPhone 3G with its solitary home button, pretty confusing.

When it launched the Nexus One in 2010, Google tried to at least make getting around Android a little more consistent. That phone had four capacitive input keys for navigation: back, menu, home, and search, from left to right. While some handsets held on to buttons (hard home buttons, especially), capacitive keys quickly took over in most. But it seemed as soon as they’d really arrived, Google decided capacitive keys were no longer necessary. In November of 2011, the Galaxy Nexus launched with three fully-virtual navigation keys - back, home, and recent apps. While many manufacturers were slow to embrace this change, essentially all now have. Even if some put them in the wrong order (I'm looking at you, Samsung).

We still use that same basic layout today. Android’s navigation and its core functionality haven’t changed substantially (there have been tweaks) in almost seven years. That’s a long time.

It’s hard to know for sure, but perhaps Google’s apparent desire to avoid altering Android’s navigation is one rooted in perception. For years, Android was known as the operating system that was “too complicated” for normal people to use. The idea that these three simple, ever-present buttons were all you needed to navigate probably resonated strongly at the time the Galaxy Nexus and Ice Cream Sandwich were being developed. Version 4.0 marked a huge overhaul for the whole operating system; Android became sleeker, faster, and more attractive.

Now, of course, there were asterisks in the early days: the menu button could still appear contextually in legacy apps, and did so quite frequently. But that was a deliberate decision in order to ease the transition to this new three-button world, the same one we’ve been living in for the better part of a decade now.

But, things may finally be changing. We recently found out Google appears to, after all these years, be experimenting with the idea of significantly altering Android’s navigation buttons. My reaction? It’s about damn time.

Navigation is something the iPhone X gets unabashedly right

In the month I used an iPhone X as my only smartphone, one thing I truly loved about the phone was just how perfectly natural its gesture-based navigation became to use. It made multitasking more fluid, it made accidentally going to the homescreen or opening the recent apps interface all but impossible, and it was so, so quick and intuitive. Within a day, I didn’t ever want to go back to traditional button navigation. I knew this was something I needed on Android. 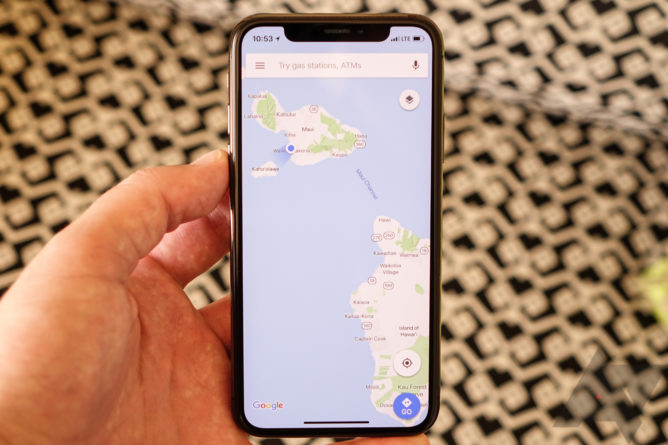 Google, it seems, shares this enthusiasm: it’s testing a similar sort of navigation in Android P. This little experiment, which was quite accidentally revealed in a developer blog post last week and quickly taken down, has big implications.

What’s unclear is exactly how this navigation will work. 9to5Google’s Stephen Hall seems to think that the ‘home’ pill button is permanent, while the ‘back’ key is contextual and will appear only when it needs to. Recent apps is accessed by swiping up from the bottom of the screen. This seems to suggest that the home action is still achieved by tapping the home button, which would be less than a full embrace of the gesture navigation model Apple has on the iPhone X. I’m not sure I like this half-in, half-out sort of approach.

It’s also very likely that what we’re seeing is a work in progress, and one that may evolve very significantly by the time we see it in production. I wouldn’t be surprised if this isn’t even exposed in the next P developer preview - it seems like the sort of change Google might want to reserve for its next-generation Pixel smartphone, not out in a half-finished state in beta software.

The back button must die for this to work

Much of my hesitation around these changes hinges on questions we don’t have fully answered yet. Is the home button still a button? Or is it as on the iPhone X - merely a marker when an application is open to indicate the home action is available? Because I have to say, the idea of a homescreen free of a navbar entirely is very appealing to me. Even if it is a button, I don’t see the logic for keeping it visible on the homescreen anyway, as the Assistant is accessible on the stock Pixel launcher by pressing the microphone on the search widget.

But the biggest question of all to me revolves around Android’s back button, which has been part of the OS since day one. Specifically, is it time to remove it? In my view, yes: it’s absolutely essential to the task of moving toward a more gesture-oriented model. But while this navigational band-aid is due for removal, it’s going to have to be a slow and gentle pull back.

This is why I think the contextual back key makes sense. A back button that appears when it needs to and disappears when it doesn’t starts getting people used to the idea that it may not always be around. I acknowledge that’s going to put us in an iPhone X notch sort of situation in terms of legacy interfaces. If an app optimizes to include integrated functionality for the back action or otherwise designs its way out of needing the dedicated back key, it would free up the area normally reserved for the navbar. The home button element could simply float over the app interface, as it does on the iPhone X. But the idea that Google would be able to get most app developers to embrace this change is a bit harder to swallow.

It’s an opportunity for developers to unify experiences

So, why try to kill the back button if it’s going to be such an uphill battle? Perhaps because the battle actually won’t be all that hard-fought in the end.

Most app developers would probably be more than happy to standardize navigation and layout across operating systems.

Most app developers would probably be more than happy to standardize navigation and layout across operating systems. iOS doesn’t have a back button, and making it a legacy feature in Android would allow developers to use basically the same UI on both platforms (I hear you all screaming, but let’s be real: most apps already basically do this). But that still does mean work, and work that would likely be for the sake of a relatively small group of Pixel smartphone owners, at least in the beginning. Can you imagine Samsung going for this? It wasn’t until the Galaxy S8 - released in 2017 - that the world’s largest smartphone maker finally gave up capacitive keys and a hard home button for its flagship handset. I feel fairly confident that Apple’s embrace of gesture navigation means Samsung won’t be far behind, though.

Unlike the menu button, there’s a fairly clear path forward for Android apps with the removal of the home button: just adopt the basic interface used on iOS. Many people will bemoan such homogenization of experiences, but realistically, what does the back button offer aside from another reason to keep that big, ugly, black bar on the bottom of your screen all the time? Google clearly wants to rid of us the recent apps key, and back should be next on the chopping block. We know how to get there, too.

And honestly, is Android’s back button even that great? The experience using it varies across apps, there’s never been anything approaching true consistency. Developers are free to tell it to do essentially whatever they want, and that’s resulted in it having varied functionality and purposes. Isn’t a system-level function supposed to produce a highly consistent, predictable outcome? I don’t think the back key has ever really been a good part of Android, in that sense. It’s just been a thing.

We all know software navigation is ugly 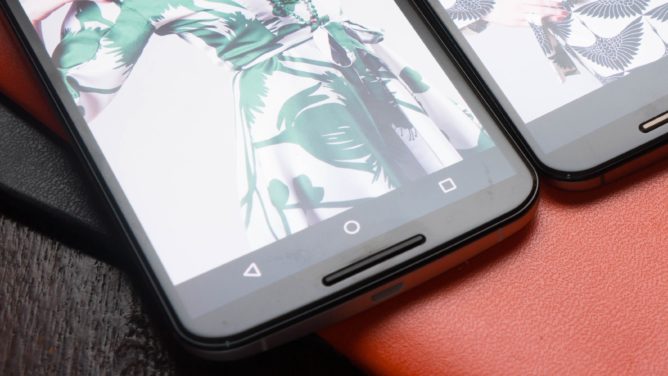 There, I said it. Google was wrong about this. Having that black bar striped across the bottom of my screen in every app is an absolute eyesore. I loved not having to look at that on the iPhone X. I want the same experience on Android. Being able to hide the navbar on phones like the Galaxy S9 is nice, but I just want it go away entirely forever. It doesn’t need to be there, and it’s eating up valuable vertical real estate. As someone who reviews phones, I even go out of my way to avoid shooting devices with applications on screen where the solid navbar is present because it makes for an unattractive photo.

While it may take time and patience, I hope that this is the future Google is driving toward with its accidentally-revealed experiment. There’s nothing wrong with copying a great idea (well, so long as it’s not patented), and I argued strongly that Apple had one with the iPhone X’s gestures when I used it last year. My view hasn’t changed, and I think Android’s well past due for a navigational overhaul.