Carphone Warehouse, a phone retailer based in the UK, has had a leak involving the upcoming Moto G6 and G6 Plus on its site. Color options, contract pricing, and some specifications for both phones have been prematurely published, allowing us to get an even closer look at Motorola's upcoming Moto G lineup. 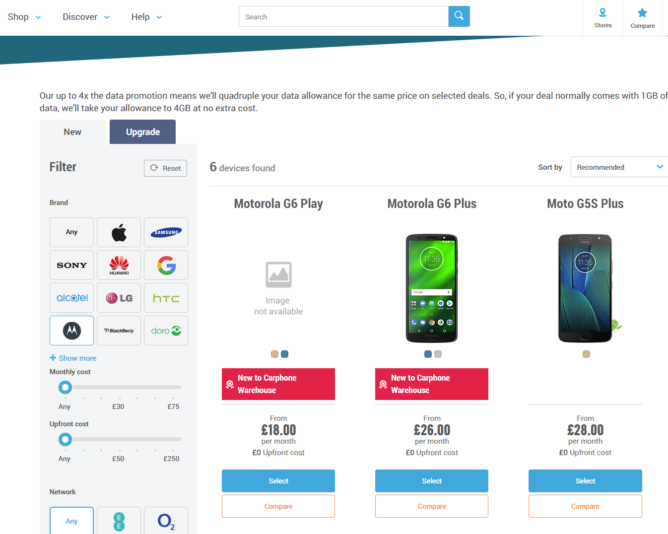 This isn't the first time Carphone has let the cat out of the bag; the first-gen Pixel and the first-gen Nexus 7 have been revealed early in the past. It's also not the first time the Moto G6 lineup has been seen; following a comprehensive leak of Motorola's entire lineup early this year, Fry's, the FCC, and TENAA have all contributed to what we know about the phones. In fact, Motorola already mentioned the phones in an updated Moto Voice changelog earlier today. But without further ado, let's get into the new stuff. The Moto G6 Plus is said to have an "amazing" 5.9" display and a "unique dual smart camera system that recognises landmarks and tells you more about them." Both the display and dual camera figures line up with what we've heard, though we hadn't heard about this landmark recognition before. The image also reveals it'll have a (rather ugly) front-mounted fingerprint sensor, a front-facing flash, and a glass-looking back. Pricing-wise, the G6 Plus will start at £26 per month. Carphone Warehouse will offer it in blue and silver. 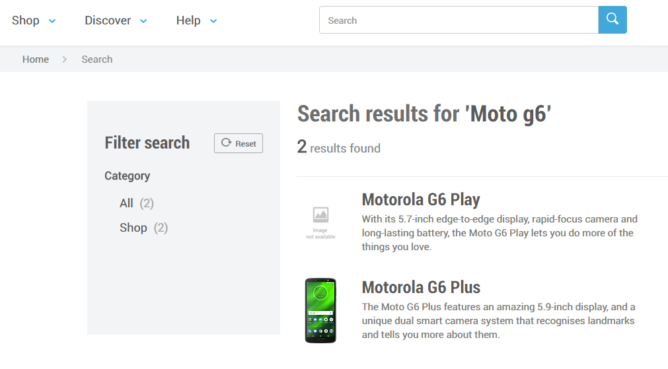 On the other hand, the Moto G6 Play is said to have an edge-to-edge 5.7" display, a fast-focusing camera, and a long-lasting battery (given the Play branding, it had better). Unlike the G6 Plus, the Play has a rear-mounted fingerprint sensor with an embedded Motorola logo, which is a lot more pleasing to the eye. It, too, appears to have a glass back and a front-facing flash. It'll come in blue and gold. There are no images on the listing, but we've managed to procure a few anyway. The entire Moto G6 family is expected to be announced in Brazil in less than 24 hours, so we haven't got long to wait. At this point, we know almost everything about the phones, but it'll be nice to have all the details filled in.

[Objectively terrible] Google Feed is testing a new design with large topic bubbles and lots of ...