It's an unfortunate fact, but none of your favorite websites — Android Police included — would be able to exist without ad revenue. Nobody likes to be bombarded with ads when they browse the web, which is why most of us use ad blockers. This is great for end users but potentially catastrophic for publishers, and that's why Google's Funding Choices exists.

Even if you aren't aware of it by name, you'll likely have come across it before. When you arrive on a site and a message pops up asking you if you're using an adblocker, that's likely Funding Choices at work. Until now, Google's solution to lost ad revenue has only been available in the US, Germany, Australia, New Zealand, and the UK, but 31 new countries are about to join them. 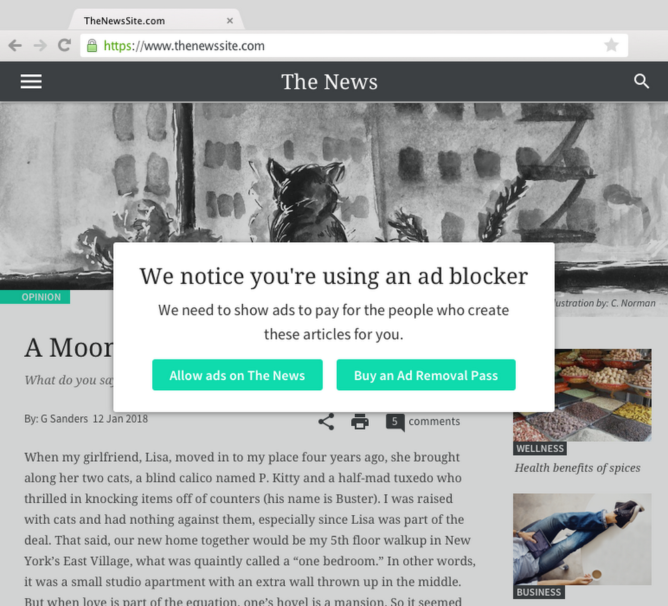 Starting next month, Funding Choices will be available in 36 countries altogether:

Contributor preceded Funding Choices, and it still makes up part of the service, alongside messaging and reporting. Popups may ask you to whitelist that particular site or restrict your access unless you do. Alternatively, it might ask you to buy an ad removal pass through Contributor or the site's proprietary paywall (this is currently being tested). Apparently, implementing Funding Choices leads to 16% of visitors (on average) allowing ads, with some sites getting up to 37%.

You may remember that we dabbled with the service last year. Admittedly, it's still in beta now, but to call it a beta at that time was exceedingly generous and we pulled support for it due to a number of issues. We believe that it has the potential to be great for publishers and readers alike, however. We're working with Google to iron out the kinks and get it back up and running in the near future, both on Android Police and APKMirror.com — so watch this space.