Wear OS devices aren't exactly flying off the shelves, but that hasn't stopped Casio from announcing a new one. The new PRO TREK WSD-F20A has the same rugged design and flat tire display as Casio's other Wear device. It's a little cheaper than other Casio wearables, but it's still costly overall at $400.

The WSD-F20A runs the latest build of Wear OS, and it comes with a suite of outdoor-oriented apps on the watch. There's ViewRanger, Hole19, Fishbrain, and more. The watch is water resistant to 50 meters and adheres to Military standard 810G durability. For sensors, you've got GPS, a barometer, altimeter, and a compass. Like the other PRO TREK watch, this one has offline maps and a low-power GPS mode. 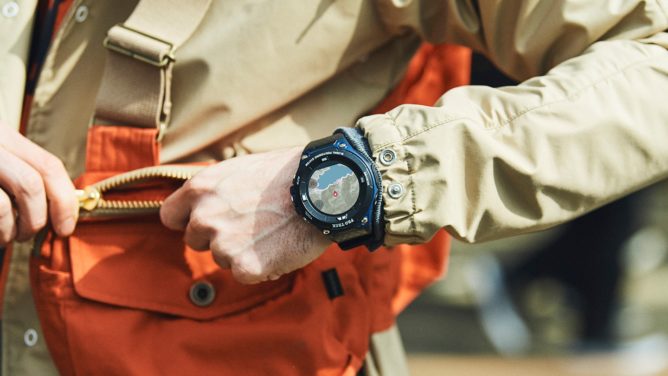 Despite all the fancy features, the WSD-F20A still has a flat tire LCD panel. Casio plans to launch this watch on May 1st for $399. That's $100 less than its current Wear OS device. It's targeting a very specific niche of enthusiasts who don't mind paying more for certain features. The flat tire screen probably won't bother them too much.