The way we navigate around Android's interface has changed a lot over the years, from the early days of physical buttons, to touch-sensitive capacitive keys, and now on-screen virtual buttons that dominate modern handsets. But even that may not be where things stay for too much longer, and a screenshot Google recently shared is now stirring up theories about a possible iPhone X-like gesture navigation interface for Android P.

What we see is a decidedly odd navigation layout, with this short little bar in place of the expected home button, a back arrow that's now hollowed-out, and an app-switcher that seems utterly absent.

Understandably, this new look is already generating a lot of buzz, and after the initial round of “What the heck is going on?” the prevailing theory that's emerged is that Google may be testing a new gesture-based navigation interface.

We've already seen a number of Android phones experiment with gesture controls, but these have focused on interactions with a below-screen fingerprint scanner, like on some Huawei and Mototola handsets.

So how would Google's presumably screen-only implementation work? Well, not only does that home bar look like a narrower version of the bar you'll find on the iPhone X, but we hear that the Android version may function in a quite similar way, with users swiping up to access their home screens.

While we still haven't heard any details about how app switching might work with this new regime, the back button will reportedly only appear when needed, disappearing on the home screen, for example. As to other controls we can only speculate, like how you would gesture to conjure up the Google Assistant. 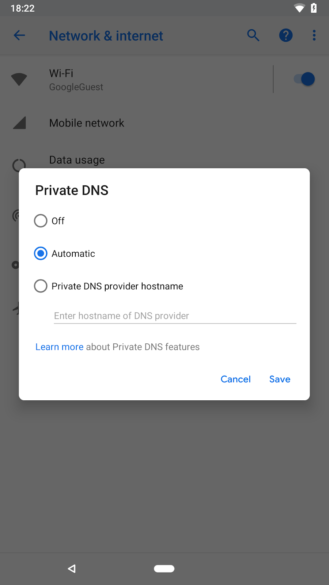 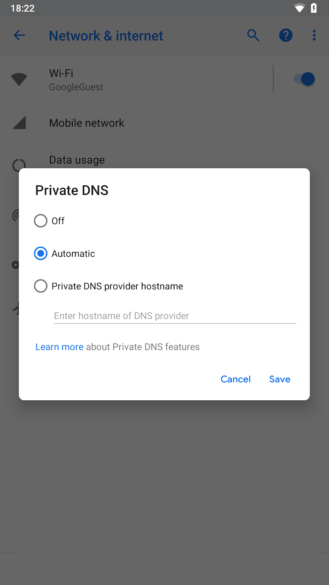 Our first look at what could be Android's new gesture-nav interface (left); Google quickly hides the evidence (right)

In any case, Google quickly edited this screenshot shortly after publication, removing all trace of the new navigation interface. But while the company may not be ready to formally reveal this system just yet, we wouldn't be surprised if we're not too far away from getting the full scoop — a Google I/O announcement feels very possible.

Especially as we move to phones with screens that take up more and more of a handset's face, the idea of “buttons” for navigation — even virtual ones that slide away when we're not using them — is feeling increasingly like a holdover from a previous era. Regardless of the exact details of how Google's gesture-nav controls may work, getting used to them is bound to cause a few hiccups for users so accustomed to the old ways of getting around their phones. But it's looking increasingly like a change that's going to be inevitable.