This article is part of our Android Police Wish List series.

Google unveiled Android Auto way back at I/O in 2014, but it didn't reach vehicles until May of 2015 when Hyundai added it to the Sonata. If you looked at Android Auto from 2015 and compared it to the current version, you'd see precious few differences. Google has been slow to improve Auto, but at least we got wireless projection. That tells us Google is still working on Android Auto, but it's still missing some features we've wanted ever since we got our first glimpse at Google's infotainment platform. Here are four features we still want to see in Android Auto.

Your car or head unit probably has buttons that can control Android Auto, but what if you could add more? Right now, you're counting on car designers to put buttons and knobs in the right place and make them work with Android Auto. I find I often have to reach over to the touchscreen to use many of Auto's features, and there are unused buttons on my steering wheel. I'd spend good money on a scroll wheel/button combo that mounted on or near the steering wheel that saved me from reaching over so much.

If a third-party could make Android Auto accessories, you'd be able to add controls where you want that operate in a way that makes sense to you. It wouldn't need to be anything fancy—just a Bluetooth accessory of some sort. Of course, Android Auto would need to be updated to understand accessories.

You navigate around Android Auto with the buttons along the bottom—navigation, phone, home, and so on. Way over on the right is a vehicle info tab that could list details about your vehicle. It doesn't, though. Ever since launch, this section has only included a link to return to your vehicle's default interface. It's useless. There are probably buttons on your dashboard to do that anyway. 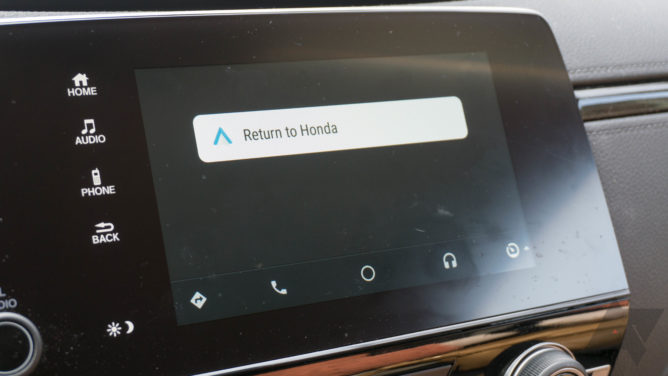 What if you could see tire pressure, fuel efficiency, or maintenance alerts on the vehicle screen? Getting that data in Android Auto would be nice, because let's face it, the software designed by car makers is terrible. Android Auto isn't objectively amazing or anything, but it's better than the alternative.

Car makers are notoriously wary of giving any third-party access to vehicle data. So, it's not surprising that Google failed to forge deals with manufacturers beyond basic Auto integration. Google really ought to work on making this tab useful. If vehicle integration isn't feasible, there are better uses for that space.

Using your phone as a keyboard

Entering text by voice on Android Auto is often your only choice, and using the keyboard on your dashboard is awkward in those rare instances when you even have the option to type. There's another option: you could just use your phone's keyboard.

Google has already added a feature of Auto that lets you "unlock" the phone and use it while still running the car interface. So, why not let you also unlock it to use the keyboard to input text? This could be limited to times when the car is stopped, but it would still be faster and more accurate than voice or clumsily pecking at the Auto on-screen keyboard.

Messaging apps are one of only two "classes" of apps that can add support for Android Auto (the other being audio). However, the messaging support is so rudimentary as to be almost useless. When you get a notification from one of these apps, the notification appears on the Auto home screen so you can have it read to you and reply by voice. We can do better.

Currently, there's no message history. If you clear a message or just want to hear it again, you're out of luck. That data is not accessible anywhere in Android Auto—at least on your phone you can open the app to see your messages. In addition, trying to compose a new message without a notification is often tedious and not worth the effort as you try to make Google understand who you want to message. 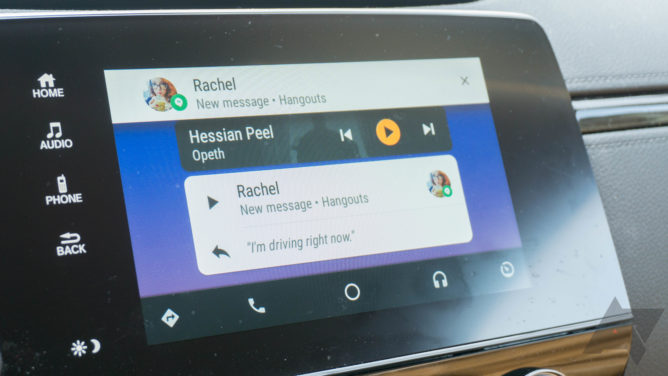 A unified messaging hub would solve these problems. It could list your messaging notifications, let you listen to them, and initiate new replies. It could even be organized by app to make the UI easier to parse at a glance. It wouldn't have to be any more complicated than your dialer. Maybe if Google can't get vehicle info worked out, it can just swap that button for a messaging hub.

You can tell Android Auto to play music by voice, but the experience is limited and has been ever since Android Auto launched. For one, Google won't always understand the names of artists—non-standard spellings and words that sound like other words really confuse Assistant. You can't browse for music from particular artists, either. It's time for real search in music apps for Auto. 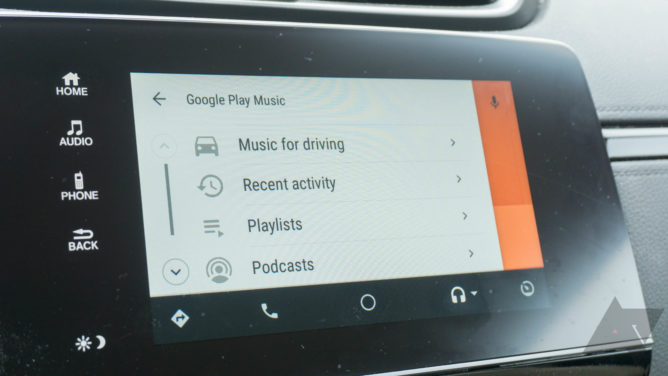 I know what you're thinking: Google doesn't want you typing in a car. Actually, Google doesn't want you typing in a moving car. In Maps, you get a keyboard to search for locations when you aren't moving. Audio apps need to get the same treatment. You could search for an artist by name, see songs/albums, and start playing something. Like Maps, the keyboard could go away when you are driving.

Google has been talking about more extensive Android implementations for several years. At I/O last year it even had some demos of cars that actually run Android as the OS. However, Android Auto exists in millions of vehicles, and people keep cars for a long time. Google can't just bail on Android Auto like it did on Android tablets. It needs to keep improving, and these five features are a good place to start.

Samsung built a smartphone that doesn't connect to the internet