For mobile users juggling a bunch of different devices, Google Voice can be something of a godsend. Not only does it let you share a single point of contact through which people can reach you no matter which phone or tablet you're carrying at the moment, but it does so without requiring the party on the other end to install a specific app — everything travels over regular voice calls and text messages. While that's great for compatibility, there are a number of reasons why you might not want to rely so heavily on the voice-call network, from running low on your monthly minute allocation, to difficulty finding a reliable cellular signal. Luckily, Google Voice is about to give users another option, as it opens sign-ups for a new data-only feature.

Based on details first uncovered in a teardown we performed a couple months back, we already had some very strong hints that Wi-Fi (and mobile data) calling was on its way to Voice. But even though all the Wi-Fi-related text in that and subsequent updates gave us a decent idea of how this feature might be implemented, we were still itching for confirmation. Today it finally starts arriving.

Right now, Google Voice users can register their accounts for beta access to data-based calls. For the moment, the feature still doesn't appear to be live, but once Google's ready to flip the switch, those users should receive emails letting them know precisely how they can get started.

Already, though, we have a number of confirmed details about how Wi-Fi and mobile-data calling will work. For instance, right now you can use your phone's regular dialer to make outgoing calls, setting it up in advance to use either the number tied to your phone's SIM or your Google Voice line, or prompting you for your choice each time you dial a call. But once you activate this new data-call mode, you'll instead have to initiate any calls you want made with data from within the Google Voice app itself.

There are a few other important restrictions to keep in mind, like how this won't work with Obihai VoIP hardware, and Google warns users who receive calls through Hangouts that they're likely in for some confusion if they don't manually mute that app's ringer. It's also definitely worth mentioning that 911 won't work (Google says to just use your main dialer for that — though good luck remembering in an emergency). But for the most part, the process sounds pretty straightforward and easy enough to use, so we're itching for the chance to finally try it out for ourselves.

In addition to working with Android phones, data-based Google Voice calls should also function with tablets and other devices lacking cellular radios entirely, letting you keep in touch solely over Wi-Fi. There will also be support for calls through the Voice web interface; the main thing we're not getting right out of the gate is data-call support on the iOS Voice app, though Google does say that's coming soon.

The Google Voice beta test for Wi-Fi and data-only calling has finally gotten underway. Users who registered their info when Google first announced this feature last week are now getting emails letting them know they can begin trying it out.

It operates just as Google described, and after choosing to make Voice calls over Wi-Fi, you'll have to initiate those calls from within the app itself. Call quality has been a little hit-and-miss in our initial testing, but that's why this is a beta, after all, and Google appears committed to gathering feedback in the hopes of making improvements. 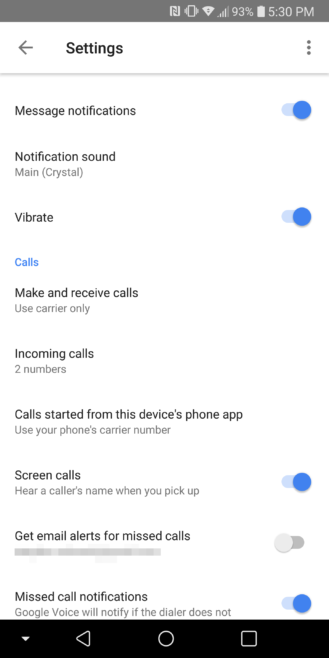 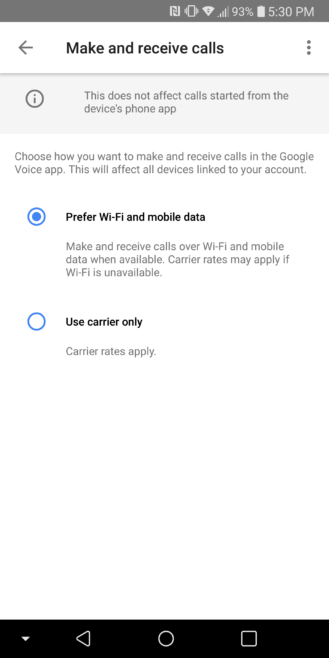 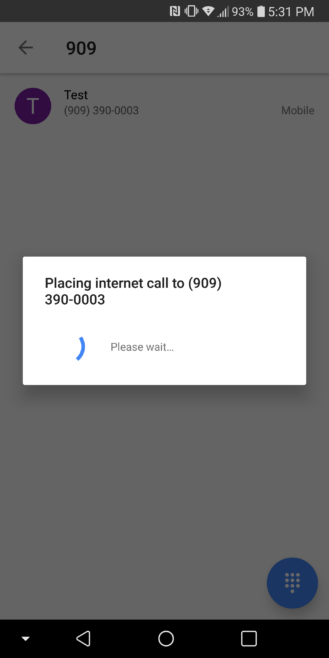 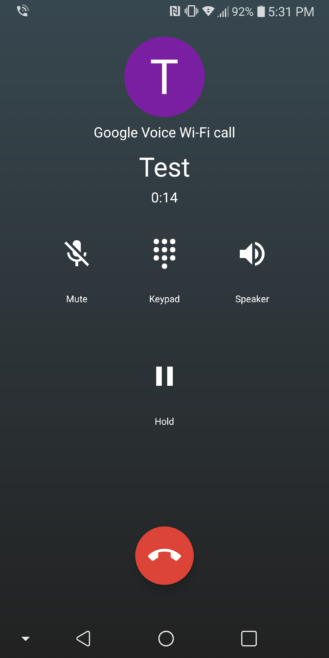 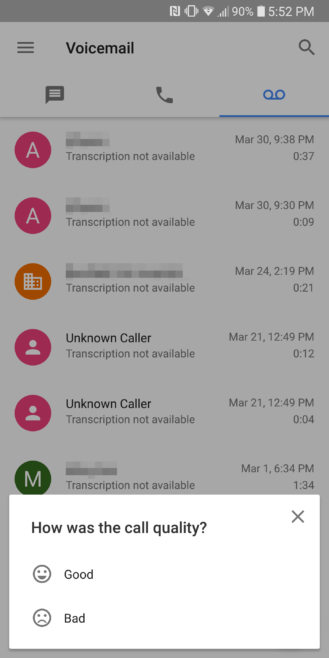 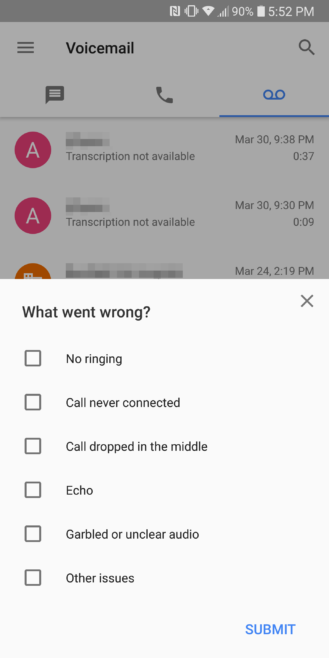